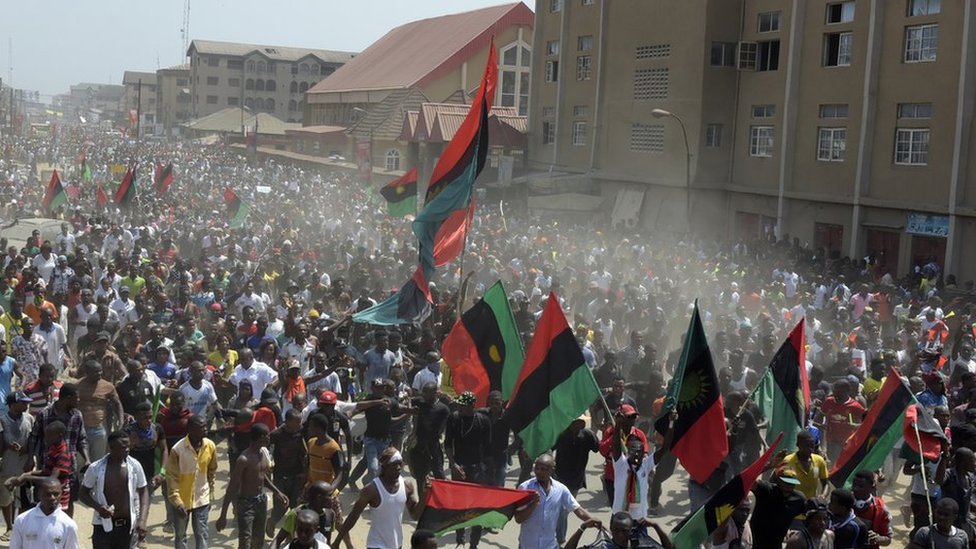 A Biafran separatist organisation, Indigenous People of Biafra (IPOB) has been accused of hijacking and bastardising a regional security initiative the South-east governors agreed to establish like other geopolitical zones nationwide.

At a session with members of the Correspondents’ Chapel of the Nigeria Union of Journalists (NUJ) at the Government House, Owerri, Uzodinma said before now, the Eastern Security Network was the brainchild of the governors of the Southeast geo-political zone until the Indigenous Peoples of Biafra (IPOB) hijacked and bastardised the process.

He said: “We have to change the name. It is necessary for each geopolitical zone to now manage her own security. It is true that the Southeast and Ohanaeze Ndigbo tried to set up Eastern Security Network. Before we could come out with something, IPOB hijacked the name and started messing up with it.

“Very soon, we will come up with a name and we will not allow any external invasion or allow anybody to take us to ransom. This is no failure in government as its primary aim is to protect lives and property.

“Very soon, a security summit will be hosted in Owerri and something meaningful will come out to complement conventional security agencies”, the governor said.

He said the mantra of his administration that was anchored on reconstruction, rehabilitation and recovery would neither be based on nepotism, sentiment nor favouritism.

“We will sustain its credibility and public confidence. The complainants are the Imo people and we need the support of everybody to achieve it,” the governor said.

On changing the attitude of some public officials including civil servants and political appointees that had changed from good to bad, the governor vowed “to change the narrative for a better society.”

While unfolding plans to reposition the agricultural and industrial sectors in the state, Uzodinma decried reported cases of violence in some parts of the state by youths.

He said that he had ordered an independent investigation into the circumstances that recently led to the burning of a police station and killing of a young man in the Ihitte/Uboma Council area to forestall recurrence.

While tourism would be accorded a pride of place in his administration, the governor added that there would be a re-appraisal and re-assessment of all abandoned industries for revival and resuscitation just as the Onitsha Road Industrial Layout in Owerri would receive fresh impetus.

Uzodinma challenged pensioners and workers who complain of non-payment of their salary and stipend to come up with cogent verifiable facts for payment, stating that efforts are on to sanitize the state and local government service to rid them of ghost workers.