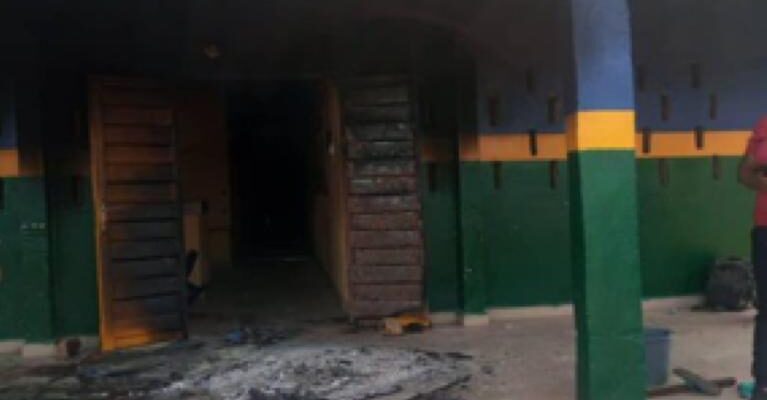 By Charles Nwabardi.
The new regime of unprovoked attack on police formations seems not to end anytime soon as a police station at Nsukwa in Aniocha South Local Government Area of Delta State has been burnt down in the early hours of Sunday by unknown gunmen.
The ugly incident has instilled fears into the indigenes and other people living in the agricultural community as churches and shops could not open on Sunday.
As at press time,  the cause of the attack has not been known but a man who pleaded anonymity told SECURITY REPORTERS.com that sporadic gunshots were heard at about 2.00am in the early hours of Sunday.
According to him, fear gripped everybody that heard the shots which shortly revealed that the only Police Station in Nsukwa that serves more than eleven Communities under Nsukwa Clan was on fire.
A young Lady who only gave her name as Agnes also recapped her negative experience about the incident.
In her words, ” What has happened in our town, Nsukwa was so frightening as such has never been seen or heard in this our peaceful Community”.
Continuing, the lady said that the sound of the gun shots took the sleep off the dwellers in Nsukwa away.  The bizarre incident has temporarily stalled business and other meaningful activities as people were seen in clusters still sharing their experiences of what happened.
Unconfirmed sources at Nsukwa told SECURITY REPORTERS.com that no fewer than three police officers were killed in the midnight attack.
However, efforts to confirm the authenticity of the information from Delta State Police spokesman DSP Bright Edafe as at press time proved abortive as his phone line was not going through.