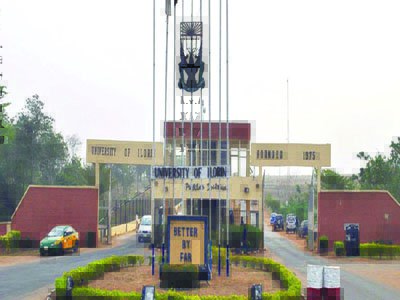 University of Ilorin (Unilorin),  has adopted proactive measures to prevent untoward security breaches on the campus.

The university had mounted Closed-Circuit Television (CCTV), also known as video surveillance, across campus for safety of students and members of staff.

The Vice-Chancellor, of the institution, Prof. Sulyman Abdulkareem, disclosed this in Ilorin on Thursday evening during the Annual Iftar (Ramadan fast breaking) with newsmen across Kwara.

Abdulkareem explained that  series of kidnappings of students witnessed in some parts of the country informed the preventive security measures, adding that Unilorin would leave no stone unturned to protect the students and community members as there are more security operatives guarding the campus.

The vice-chancellor who decried the spike of kidnappings across the country, lamented that people have now accepted that it is a kind of business.

“It is a dangerous trend we are in, which can cause depreciation in the quality of life and cause psychological problem.

“It may be difficult to identify but I believe the more they prosecute perpetrators, the better for the nation,” he said.

“The institution had recorded some successes in the last few years including construction of more unit of buildings across campus, promotion of more that 61 Professors and provision of coaster buses.

“The institution won N150 million from JAMB which would be used for roads construction on campus.

“The University hopes to make headway in the Distant Learning programme due to limited spaces for physical presence, so that the institution can carry as many students as possible,” he said.