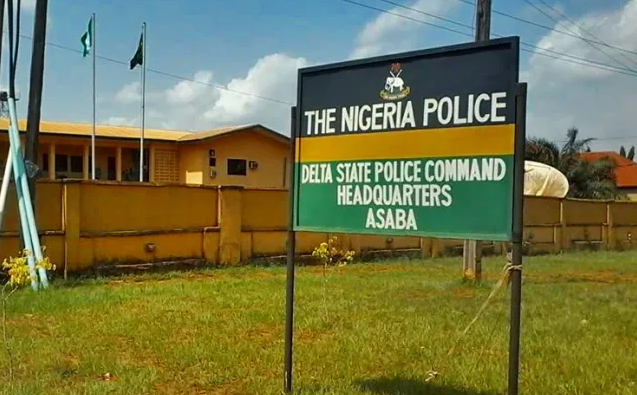 No fewer than 17 houses have been razed down in  two Udu Communities of Obubu, Oteri in Udu Local Government Area of Delta State as indigenes of the towns fought over boundary of a parcel of land on Tuesday.

SECURITY REPORTERS.com gathered that a company that specializes in real estate business was alleged to have trespassed   into Oteri Community’s land prompting angry reactions from some Oteri youths that led to burning down of houses in Obubu.

At the time of filing this report Oteri has become a ghost Community as all its inhabitants had fled for fear of being killed by their attackers.

A source from Oteri Community, whose name was not disclosed, claimed that Obubu people were the aggressors, saying they overstepped their boundary to invade Oteri land with bulldozers and other equipment without provocation.

According to another source, the Obubu warriors allegedly attempted invading Oteri again in the early hours of today, Wednesday but  were successfully resisted by Oteri youths.

Several persons from both Oteri and Obubu were said to have been wounded but no death was recorded as at the time of this report.

The Police in the area had gone into swift action to put the situation under control.

It was also gathered that soldiers had been drafted to the scene of fighting, particularly the boundary area to stop any invasion from either community.

Speaking to newsmen, the lawmaker representing Obubu in Udu Local Government Council, Hon. Awhotu Oputu, lamented the destruction perpetrated on Obubu, stressing that both Obubu and Oteri had a lot in common and that it was unfortunate the boundary dispute resulted in such degree of destruction.

Speaking in the same vein, Barr. Moses Segba, who is from Obubu Community, described the development as unfortunate, adding that whatever issues that may have arisen could have been settled amicably, without resorting to violence, urging youths from both communities to embrace peace so as to identify the immediate and remote causes of the crisis towards peaceful resolution.

An outspoken community leader, Comrade Johnbull Gbejegbe from Oteri community, in his remarks, also lamented the misunderstanding, urging the youths to sheathe their swords for amicable resolution of the matter.

He added that while he was yet to get full details of what happened since he was not resident in the community, he assured that he was going to approach stakeholders from the community so as to caution the youths to give peace a chance and allow the government to find a lasting solution to the periodic clashes between both communities.

Gbejegbe also appealed to Obubu Community leaders to caution their youths to desist from violent approach to the boundary dispute, stressing that as neighbours, such misunderstanding were bound to happen but could easily be resolved without violence.