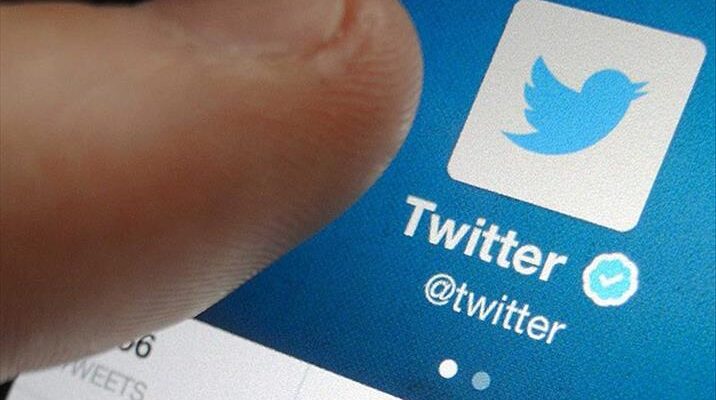 The ECOWAS Court of Justice in Abuja on Tuesday rekindled hope in the judiciary when in a landmark judgement restrained the government of President Muhammadu Buhari and its agents from unlawfully imposing sanctions on Nigerians taking to  twitter.

This development was disclosed by SERAP’s deputy director Kolawole Oluwadare.

The court also restrained the government from doing anything whatsoever to harass, intimidate, arrest or prosecute Twitter and/or any other social media service provider(s), media houses, radio and television broadcast stations, the Plaintiffs and other Nigerians who are Twitter users, pending the hearing and determination of this suit.

The ruling followed the suit filed against the government by Socio-Economic Rights and Accountability Project (SERAP) and 176 concerned Nigerians arguing that “the unlawful suspension of Twitter in Nigeria, criminalization of Nigerians and other people using Twitter have escalated repression of human rights and unlawfully restricted the rights of Nigerians and other people to freedom of expression, access to information, and media freedom in the country.”

The court gave the order after hearing arguments from Solicitor to SERAP, Femi Falana SAN, and lawyer to the government Maimuna Shiru.

The court said: “The court has listened very well to the objection by Nigeria. The court has this to say. Any interference with Twitter is viewed as inference with human rights, and that will violate human rights. Therefore, this court has jurisdiction to hear the case. The court also hereby orders that the application be heard expeditiously. The Nigerian government must take immediate steps to implement the order.”

Reacting to the ruling, Femi Falana, SAN said: “The intervention of the ECOWAS Court is a timely relief for millions of Nigerians using Twitter who have been threatened with prosecution under the provision of the Penal Code relating to sedition.”

“Contrary to the assurance credited to the Attorney General of the Federation and Minister of Justice Mr Abubakar Malami, SAN that violators of the Twitter would not be prosecuted, the Federal Government filed processes in the ECOWAS Court threatening to prosecute Nigerians using Twitter for violating the suspension under the provisions of the Penal Code relating to sedition.

“It is extremely embarrassing that the Federal Government could threaten to jail Nigerians for sedition, which was annulled by the Court of Appeal in 1983, in the case of Arthur Nwankwo vs The State.”

The suit and the ruling followed the suspension of Twitter by the Minister of Information and Culture, Lai Mohammed after the social media giant was banned in the country for deleting President Muhammadu Buhari’s tweet. The National Broadcasting Commission (NBC) also ordered TV and radio stations to “suspend the patronage of Twitter immediately”, and told them to delete ‘unpatriotic’ Twitter.

It would be recalled that SERAP and the concerned Nigerians had in the suit No ECW/CCJ/APP/23/21 sought “An order of interim injunction restraining the Federal Government from implementing its suspension of Twitter in Nigeria, and subjecting anyone including media houses, broadcast stations using Twitter in Nigeria, to harassment, intimidation, arrest and criminal prosecution, pending the hearing and determination of the substantive suit.”

The suit, read in part “if this application is not urgently granted, the Federal Government will continue to arbitrarily suspend Twitter and threaten to impose criminal and other sanctions on Nigerians, telecommunication companies, media houses, broadcast stations and other people using Twitter in Nigeria, the perpetual order sought in this suit might be rendered nugatory.

“The suspension of Twitter is aimed at intimidating and stopping Nigerians from using Twitter and other social media platforms to assess government policies, expose corruption, and criticize acts of official impunity by the agents of the Federal Government.

“The free communication of information and ideas about public and political issues between citizens and elected representatives is essential. This implies a free press and other media able to comment on public issues without censor or restraints, and to inform public opinion. The public also has a corresponding right to receive media output.

“Freedom of expression is a fundamental human right and the full enjoyment of this right is central to achieving individual freedom and to developing democracy. It is not only the cornerstone of democracy, but indispensable to a thriving civil society.

“The arbitrary action by the Federal Government and its agents have negatively impacted millions of Nigerians who carry on their daily businesses and operational activities on Twitter. The suspension has also impeded the freedom of expression of millions of Nigerians, who criticize and influence government policies through the microblogging app.

“The suspension of Twitter is arbitrary, and there is no law in Nigeria today permitting the prosecution of people simply for peacefully exercising their human rights through Twitter and other social media platforms.

“The suspension and threat of prosecution by the Federal Government constitute a fundamental breach of the country’s international human rights obligations including under Article 9 of the African Charter on Human and Peoples’ Rights and Article 19 of International Covenant on Civil and Political Rights to which Nigeria is a state party.