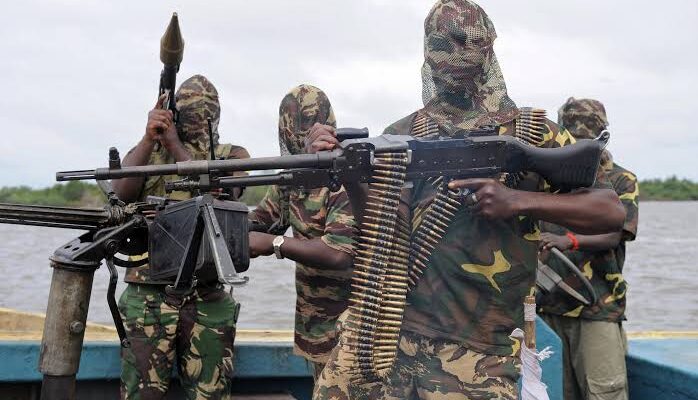 By Frank Oshanugor
As Delta State Police Command tries to dismiss an inciting publication (purportedly being circulated by some Fulani Jihadists) in the State Capital of Asaba, members of the Movement for the Emancipation and Defence of Niger Delta (MEND) have warned against any intended harm in Asaba or  any part of the Niger Delta region.
In a statement with no identifiable signatory currently trending in the social media, the group said “the attention of The Movement for the Emancipation and the Defence of the Niger Delta” has been brought to the threat of some Fulani terrorists who have given a three-day warning to the Governor of Delta State because of his support for the ban of open grazing across the Southern State.”
“We also saw your taking responsibility for an explosion at the Secretariat in Asaba. We are warning that if your threat is made to come to fulfilment, no Fulani will ever exist across the Niger Delta and all oil facilities linked to  Fulani will be brought down. If one soul is lost, ten Fulani souls will pay for it. If one facility is destroyed, ten Fulani facilities will be destroyed.”
The statement further said “We will respond proportionately ten times whatever you give, the corresponding response will not be limited to the Delta, it may be with your politicians or with your rulers.”
“We will launch three rocket launchers and ballistic  missiles at any facility of our  choice as a warning in seven  days if you make bold your threats. We do not make cheap our threats. We have shutdown the country and we can at anytime shut you down.”
“We are the Niger Delta, we stand for the interest of the Niger Delta and we will not allow any coward threaten us. We fight without running,” the statement concluded.
On Sunday, Delta State Police spokesman; DSP Bright Edafe in a press release had advised residents of the state to go about their normal businesses and  disregard the publication which was pasted in strategic places in Asaba.
The police noted that the said publication was likely the handwork of some miscreants who want to cause a breach of peace in the state.