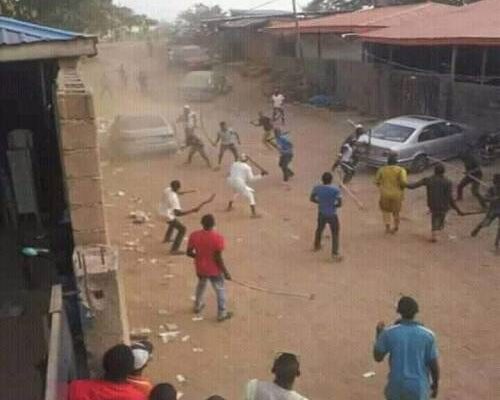 No fewer than 19 people, among them children have again been killed by suspected Fulani herdsmen who attacked some communities in Gwer West Local Government Area of Benue State.

Tse Amgbem, Udam near Aondoana, and Agbanu Seghev/Ukuse communities all in Gwer West LGA area of Benue State, suffered from the attack.

An indigene who claimed to have escaped the attack, Terna Abende, said that the attackers came through Akpachi in Otukpo Local Government Area to attack Tse Amgbem.

Abende explained that the attackers stormed Tse Amgbem and Udam near the Aondoana community around 5am Monday, killed several people with several others injured.

He said, “The attackers who are suspected to be Fulani herdsmen also burnt down houses.”

It was reliably gathered that the suspected herdsmen had earlier on Sunday ambushed some motorcyclists at separate areas on Naka Nagi Agagbe and Naka/Makurdi roads killing six persons.

Confirming the attacks, Chairman of Gwer West LGA, Mrs Grace Igbabon, confirmed that eighteen people were killed in three separate attacks in the council area between Sunday and Monday.

According to her, “We had about six persons yesterday (Sunday) and 13 people today.

“I was told that the attackers were suspected Fulani herdsmen who attacked the Mbamodu community and killed 13 people and several others injured. The attackers burnt down several houses in the community.

The chairman added, “other incidents happened on Sunday at the other side of Mbachon, some motorcyclists were riding on the road and they saw a man in military uniform who flagged them down.

“I was told that in the process of slowing down, another set of people who possibly had laid ambush came out from the bush and shot at them, four of them died and one later escaped.

“Also along Naka/Makurdi Road on Sunday, they (suspected herdsmen) killed two others.

When contacted, the Police Public Relations Officer of Benue State Command, DSP Catherine Anene, said she only heard about the attack on some communities near Aondoana in the local government but had no details.