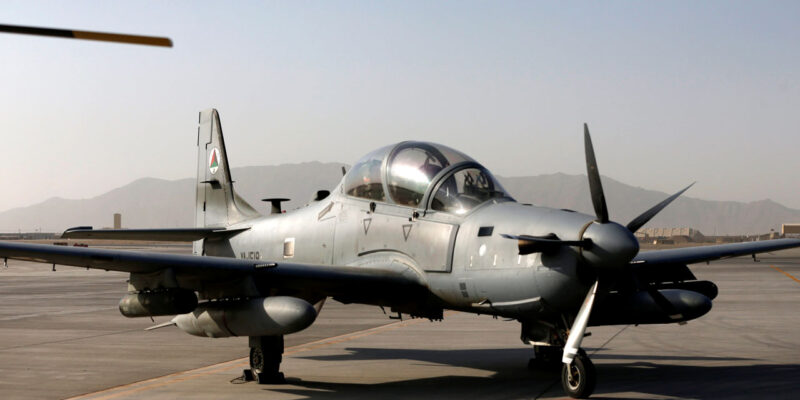 Six of the much awaited Super Tucano air-fighter are to land in Nigeria from the US at the end of June.

The Chairman of the House Committee on Defence, Hon.  Jimi Benson, has disclosed this while fielding questions yesterday on a monitored programme on Channels Television ‘Politics Today’.

The Chairman affirmed that the air-crafts Nigeria is expecting are game-changers in the fight against insecurity.

“We visited where the aircraft were manufactured, and we got a firm commitment that six will be delivered by the end of June and the other six by the end of September.

“They spoke highly of the personnel who are going to be manning the weapon and they also informed us that those weapons are game-changers.

“They have a lot of precision that would reduce civilian mortality. They believe it’s a sign of a good thing to come between the US and the Nigerian counterpart and would also open doors within the US assisting in its fight against insurgency.”