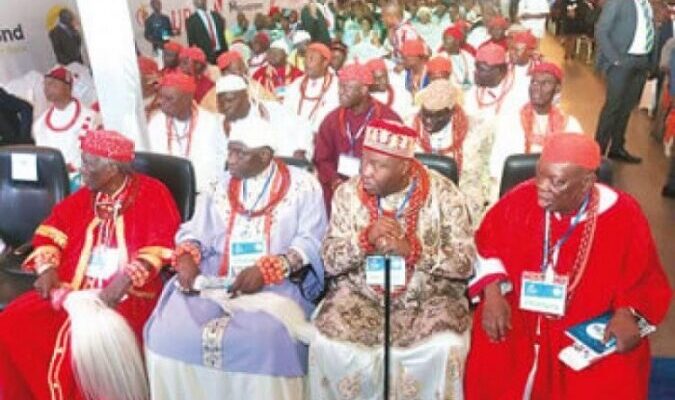 South-east governors and leaders have pleaded with leaders of other regions to note threats being made by the latter’s followers  to their people, address same and protect south-east people.

They made the call on Saturday in Enugu after a meeting attended by political leaders, socio-cultural organisations, clerics and the traditional leaders.

The Chairman, South-East Governors’ Forum, Governor David Umahi of Ebonyi State, who addressed reporters after the meeting, condemned the killing of civilians in the zone by security agencies.

Mr Umahi urgedthe agents to discharge their duties within the law and in accordance with their rules of engagement.

The Ebonyi governor reaffirmed the commitment of the region to the corporate existence of the country.

Mr Umahi, however, said that such union must be based on love, mutual respect and equality of rights irrespective of one’s religion, ethnic group, political inclination and creed.

The governor said the various secessionist groups from the region were not speaking for the people of the area.

He said the leaders from the zone had set up a committee to engage the agitators to allow elders of the region to address their fears.

“We have come out publicly on many occasions to speak against such agitations,” he said.

Mr Umahi said the meeting was in fulfilment of the June 11 agreement they had with a federal government delegation led by the Minister of Defense, Bashir Magashi, a retired major-general.

“Consequent upon that, we scheduled our own meeting today to discuss and articulate our positions.

“This is to enable us not only engage the presidential team but also engage our people over all burning issues,” he said.

The governor said leaders from the region had noted with concern threats against the Igbo people by some groups in other regions.

“The meeting pleaded with leaders of other regions to note such threats to our people, address it and protect our people,” he said.

He said that governors from the South-east had assured people from other ethnic nationalities of their safety in the region in spite of the prevailing circumstances.

The leaders condemned the killing of security personnel and burning of government infrastructure in the region.

He called on National Assembly members from the region to support the creation of state police in the ongoing efforts to amend the constitution.

The governor said the meeting endorsed the South-east joint security unit called EbubeAgu, and requested the personnel to work with statutory security agencies.

Those present at the meeting included Okezie Ikpeazu of Abia and Ifeanyi Ugwuanyi of Enugu. Anambra and Imo states were represented by the deputy governors, Nkem Okeke and Placid Njoku respectively.

Others were the Senate Minority Leader, Enyinnaya Abaribe; Minister of Labour and Productivity, Chris Ngige; Minister of State for Mines and Steel Development, Uche Ogah, and President General of Ohaneze Ndigbo, George Obiozor.