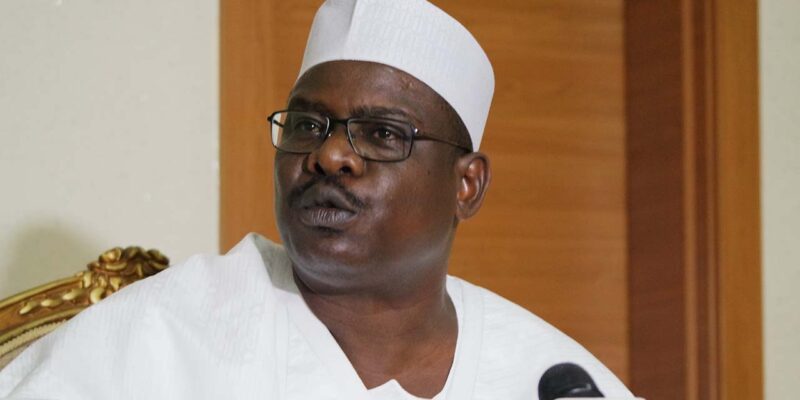 The Chairman of the Senate Committee on Army, Ali Ndume, has expressed disappointment that the Minister of Finance, shunned the invitation of his panel despite the importance of the matter at stake.
Ndume said, “Honestly, we are not happy that the Minister of Finance is not here today despite the fact that she was duly invited and she knew the importance of the issue we invited her to discuss with us.
“There is nothing that is more important that she could be attending to than the serious problem of insecurity all over Nigeria at the moment.
“We were blaming the military but the soldiers are claiming that they have no equipment, arms and ammunition to work with because there was no money to buy them.
“We have invited the Minister now to explain why her ministry was not funding the operations of the Army and she is not here. This is not acceptable,” he added.
The Permanent Secretary Special Duties in the Federal Ministry of Finance, Aliyu Shinkafi, explained, that N75 billion was appropriated and released to the military in 2019 while additional funds of N7 billion from the service-wide vote was also released 100 per cent. He said the sum of N2.5 billion was also released in 2019.
Recall, that, many Nigerians have said that the Nigerian military is underfunded, making them incapable to fight the war against insecurity.
“In 2020, N75bn was appropriated but N74.99bn was released. In the current year, N100bn was appropriated and we have released N19.4bn for the first quarter. Just yesterday, (Wednesday) we released N19.95bn for the second quarter,” Shinkafi said adding that they are on course as far as releases for military operations are concerned.
However, Ndume brought out a letter from the Chief of Defence Staff where he sad the military authorities complained that they had shortfall as far as releases from the Finance Ministry was concerned.
The Senate Committee asked the Minister of Finance, Zainab Ahmed, the Director General of the Budget Office, Ben Akabueze and the Chief of Army Staff, Attahiru Ibrahim to appear before it on Tuesday to explain details of the funds so far released to the Nigerian Army to fight insurgency, banditry and other forms of insecurity, from 2019 till date.
The country has been witnessing a resurgence of killings and attacks on soft targets by Boko Haram terrorists, bandits and other criminal gangs in the country.
But the amount given to the military to execute the war against terror spanned from 2019 to 2021. The money was given to them from their service-wide vote.