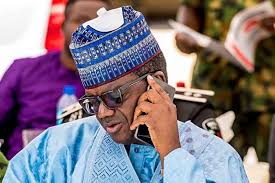 The Zamfara State Government, Saturday, has requested that special consideration should be given to the State in terms of deployment of more forces for quicker response to all security threats.

In a statement by Zailani Bappa, the Special Adviser, Public Enlightenment, Media and Communications to Governor, Bello Mohammed Matawalle, the government noted that no meaningful development could be achieved if decisive and workable steps are not taken to address the security issue.

“Since its inception precisely two years ago , it has carefully examined the situation and evaluated the available options.

” It consequently decided on the best way to address the lingering crisis that was increasingly assuming intercommunal and ethnic dimensions through dialogue and reconciliation with the feuding parties.

“This is in consideration of the fact that no meaningful development could be achieved if decisive and workable steps are not taken to address the problem at hand.

The government added “in addition to the dialogue and reconciliation programme, the administration of Governor Bello Matawalle provided all the needed support required by our security agencies to enable them carry out their statutory responsibility more effectively.

Zailani Bappa added in the statement that the government had observed that part of the hurdles hindering the success of the fight against banditry in the State is the lack of quick response by the Security forces in the wake of attacks by bandits.

“Hence, all commanders deployed in the state are enjoined to take necessary measures that will ensure rapid response to distress calls.

” Government is aware of the challenges faced by security commands especially as they seemed obviously overstretched. In spite of the obvious shortfall, Government requests that special consideration should be given to Zamfara State in terms of the deployment of more forces for quicker response to all security threats.”

The statement contained that some forces are bent on frustrating the efforts at addressing the security challenges in the state.

It regretted that in spite of employment of both kinetic and non-kinetic strategy to defeat the nagging problem of security, “the recent escalation in attacks by bandits in some parts of the State is a serious source of concern.

” It appears, or even certain, that some forces are bent on frustrating the efforts of this administration to address the security challenge.

” It is inconceivable that these attacks have been conducted despite the effective deployment of troops across all the blackspots in the State.”