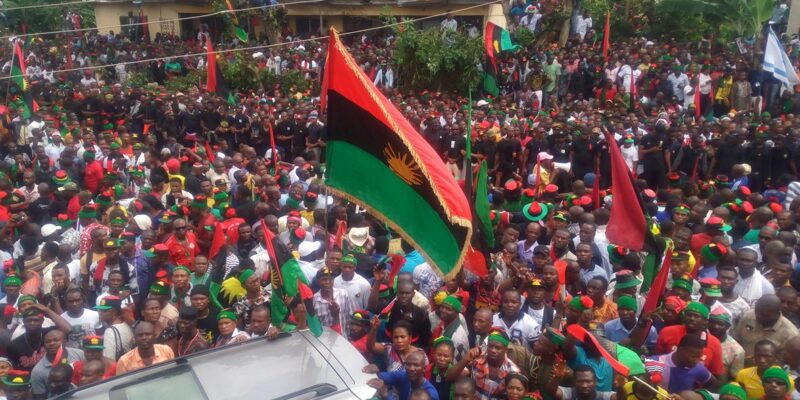 As the drum beats of secession sound in the Southeast where some aggrieved Igbos led by Nnamdi Kanu under the auspice of the Indigenous Peoples of Biafra (IPoB) are pushing for the actualisation of the sovereign State of Biafra and Southwest where Sunday Adeyemo (a.k.a. Sunday Igbogho) and his gang are rooting for Oduduwa Republic, continue to resonate, there is the need to dance to the drum beats with caution.

While not many Nigerians particularly of Southern extraction would argue the fact that the current state of things in the country seriously calls for the emergence of Biafra and any other countries out  of the present federal structure in order to allow for enduring peace, majority are of the view that such separation should not be by means of war. They try to historically remind us the many calamities Nigeria and Nigerians suffered between 1967 and 1970 through miscalculation of the political players.

There are those who believe like former President Olusegun Obasanjo that achieving peace in the country would not come through balkanizing the present federal structure but by promoting centripetal elements that would give us a larger international image.

The various separatist agitations in the country in contemporary time did not arise out of a common place grandstanding but ostensibly precipitated by the manifest marginalisation of parts of the country by the Fulani hegemony wherein an ethnic agenda is rudely being implemented in different guises.

Even though agitation by the Igbos for the Republic of Biafra had been on for years, it was certainly not as strident as it has become under the current national  leadership.  The open display of ethnic hate against the greater majority of Ndigbo by the Buhari administration was arguably one of the underlining factors that stoked the agitation by IPOB for Biafra to be realised.

The same thing applies in the Southwest where the Fulanis through their killer herdsmen have occupied some part of Southwest land and rooting for serious confrontation with little or no call to order by the Buhari administration which is audaciously supporting open grazing by the Fulani herdsmen.

However, much as any part of Nigeria has the right to secede from the present federal structure, let it be made clear that for such agitation to achieve a fruitful and everlasting peace, path of constitutionalism has to be followed as some South East groups are reportedly doing at the international level.

Such groups in the Diaspora working in collaboration with some respectable statesmen are understood to have been on the project for a few years now and are reliably getting world attention at different fora.

It is obviously in the light of such gentle moves that the people of Southeast seem to be divided or some opposed to Nnamdi Kanu’s militant approach as the young man does not seem to have diligently reconciled the various contending issues that are pursuant to emergence of a new Republic like Biafra.

SECURITY REPORTER.com would therefore like to call for caution on the part Nnamdi Kanu with his IPoB, Oduduwa Republic agitators and any other secessionist intenders to follow the constitutional way to exit the current federation of Nigeria so that no blood is shed in the process like what happened between 1967 and 1970. 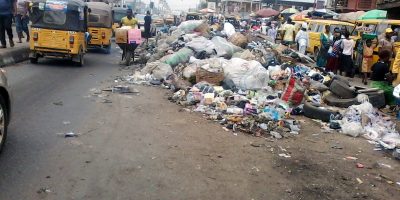 By Charles Nwabardi   Hard times like nothing else destabilise mankind. The factors that ...
September 25, 2022
Opinion/Editorial