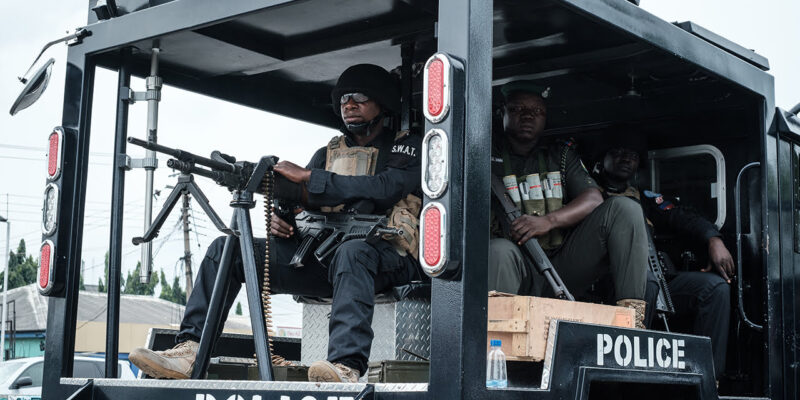 A policeman and two others weere shot dead while three other persons hit by stray bullets have been rushed to the hospital for urgent medical attention.

The robbers reportedly struck around 3.00pm as they shot their way into the bank, escaping with huge sums of money.

Asides the policeman, a commercial motorcyclist and a journalist, who is also a staff of the Elizade University identified as Bunmi Afuye were killed.

Spokesman for the Ondo State Police Command, Tee-Leo Ikoro who confirmed the attack on the bank said investigation had begun into the robbery incident, adding that three persons injured during the attack had been taken to the hospital.

“So they later got the key of the vault and packed the money there but they were not satisfied with what they saw. They also opened the Automated Teller Machine but there was not enough money.

“That infuriated them and they shouted where is the money? It seems they didn’t get their target. After they took the money they went out angrily shooting to escape the scene.”