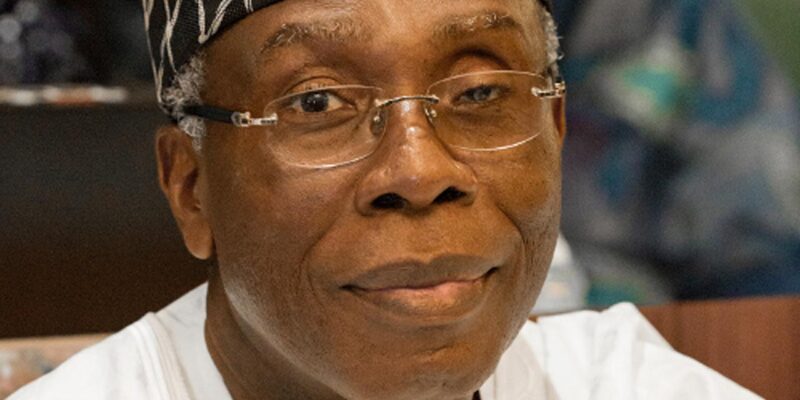 Arewa Consultative Forum (ACF), stand on restructuring has been declared as faulty and unprogressive.

The Middle Belt Forum (MBF), made this declaration at a meeting with Northern House of Representatives members during the week.

The forum placed the lawmakers on alert over a possible presentation of a bill on restructuring to the National Assembly by those agitating for it.

The chairman of the ACF and former Minister of Agriculture, Chief Audu Ogbe, had asked members of the Northern caucus of the House of Representatives to be on the lookout for such a bill in view of a statement credited to President Muhammadu Buhari that should the National Assembly pass a bill on restructuring, he would have no opposition to signing it.

He said: “We are not surprised if somebody like Chief Audu Ogbeh can make such an assertion. Those who are afraid of restructuring are people benefitting from the current situation that is skewed in their favour or the section of the country benefitting from this lopsided arrangement.

“Those of us in the Middle Belt strongly believe that this country needs to be restructured so that things can begin to work. Our perception of restructuring involves devolution of power, state police, among others, to make things work, probably different from those looking for fiscal federalism.

“So, we believe in true federalism. We want a process that will guarantee equitable sharing of resources, where each federating unit will generate its own resources and contribute to the centre, not the present arrangement where everybody is waiting for federal allocation.

“The Middle Belt believes in restructuring. We are telling our members in the National Assembly to discard the position of the ACF and embrace restructuring in total because that is what the people are yearning for. The present arrangement breeds insecurity, poverty and, above all, bad governance. And we are equally telling Chief Ogbeh too that he needs to have a rethink.”

Pogu implored the ACF and other groups in far north who are afraid of the country being restructured to have a discussion with the proponents on how it can be implemented and its benefits.

“Chief Ogbeh is on his own. We in the Middle Belt are working with our friends in the South to ensure that Nigeria becomes a better place for all Nigerians, including the far north who want the status quo to remain.

“Quite a lot of things are wrong in this country. Our electoral system is skewed and faulty. If election results can be transmitted electronically, rigging will reduce drastically. People are clamouring for secession because things are not working in Nigeria.

“If our Northern brothers are frightening, why don’t they invite us and other proponents of restructuring to discuss it instead of trying to instigate the Northern lawmakers to toe their path?

“When one cages himself with a particular ideology without listening to other perspectives, there will be problem. I believe this is part of the problems confronting the North. The people are not ready or willing to listen to other parts of the country.

“We need to discuss. The perception of the ACF on this is faulty because the members have created a perception which only they understand. Let them listen to others.”

He said the Middle Belt along with other regional groups in the South would not relent in their efforts at getting the country restructured until the voice reason prevails and there is a turnaround.

Dr Pogu urged members of the National Assembly to embrace the restructuring of Nigeria as part of the panacea for the myriad of problems confronting the country.