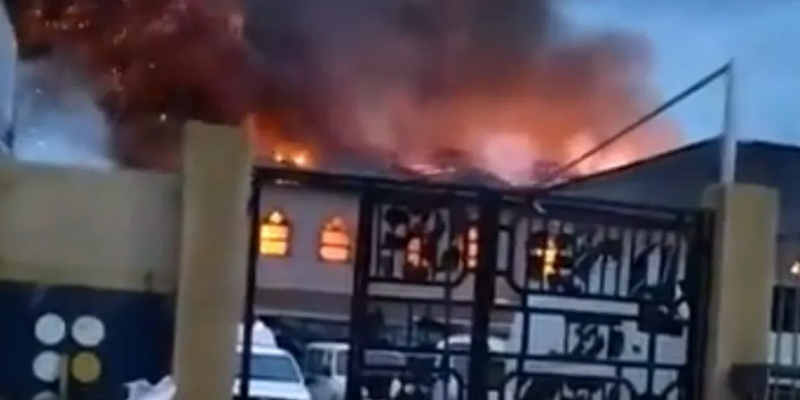 By Frank Oshanugor
Lagos residents in Ogudu area woke up on Sunday morning to see massive inferno ravaging Redeemed Christian Church of God (RCCG) Lagos Province 28 Headquarters located near China Town on Lagos Expressway.
It was gathered that on receipt of information concerning the fire outbreak, the Divisional Police Officer (DPO) in charge of Ogudu Division led his men to the scene and subsequently alerted the Lagos State Fire Service.  A combined team of the police and Fire Service  men subsequently battled the inferno and were able to bring it under control within a record time.

Confirming the incident to SECURITY REPORTERS.com, Lagos State Police spokesman, DSP Olumuyiwa Adejobi said no life was lost to the inferno but property which value had not been ascertained were destroyed.

He added that the cause of fire was yet unknown as at the time of filing this report but informed that the Commissioner of Police, Lagos State, Hakeem Odumosu has ordered the DPO and his men to police the scene to avoid any looting by hoodlums.
Meanwhile, the Lagos State Fire Service has commenced  investigation into the incident with a view to ascertaining the cause of the outbreak