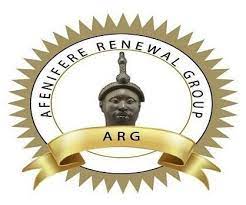 The pan Yoruba socio-political organization, Afenifere, has lamented that President Buhari’s government has greatly lost the confidence, trust and hope were invested in it at inception.

The National Publicity Secretary of the organization, Comrade Jare Ajayi in a statement on Monday, said that the government is expected to possess superior power in virtually everything than others in a country

Ajayi noted that the confession by President Muhammadu Buhari’s spokesman, Garba Shehu, that terrorists ‘deceived’ the government into releasing his wife and children without releasing victims of Abuja-Kaduna train as very unfortunate and an admission of failure on the part of the government.

The statement reads, “In view of the fact that government is expected to possess superior power in virtually everything than others in a country, considering the fact that the primary responsibility of the government is the provision of security and welfare for the people.

“The fact that the present administration has failed to provide either security or welfare for the people of Nigeria in recent times, one may not be wrong to state that President Buhari’s government greatly lost the confidence, trust and hope that were invested in it at inception. It is a pity”.

The organisation noted that the aspect of the ‘agreement’ alluded to by Shehu, according to reports, was the release of the remaining Abuja-Kaduna train passengers who were kidnapped earlier.

“By the way, what about other people kidnapped from other places?” Afenifere asked.

“What came out of Shehu’s disclosures confirmed a suspicion and allegation that have been in the public domain for a long time, to wit: That government not only knows the terrorists, it is aware of where they are!

“Why did the government refuses to confront them and put an end to the needless loses and agonies of Nigerians is a riddle that one finds difficult to unravel”.

According to the socio-political organisation, the action of the government in that respect can be likened to that of a father who does not frown at, perhaps allows or encourages, bandits not only to come into his household to rape his daughters but also to haul his sons into bondage.

“Sometimes, he even allows his wife to be abused by the invading bandits. Such is confounding and can hardly be explained or rationalized through any theory”.

The organisation maintained that the manner insecurity issue is being handled is unfortunately lending credence to the views of those who are alleging that there could be a hidden agenda to this issue of banditry, kidnapping and terrorism, “otherwise, the government would have been more decisive in the way it tackles the monster that is fast eroding the very essence of our being.”

Afenifere pointed out that killings of students and others in the South-West as well as other parts of the country are very troubling and disturbing to them in Afenifere and in Yorubaland as a whole as as other well-meaning Nigerians.

“News had it at the weekend that a student of Moshood Abiola Polytechnic, Abeokuta, Miss Happiness Odeh who was kidnapped on Thursday was reportedly raped and killed by her dastard abductors. The National Diploma Two student was on August 3, 2022, crowned as a Beauty queen of Moshood Abiola Polytechnic (MAPOLY), Abeokuta. The unfortunate incident was reported to have happened on her way to a film location in Ipara Remo area of Ogun state.

“The week before, a student of Ladoke Akintola University of Technology, Ogbomoso, Oyo State, Miss Racheal Opadele, was brutally killed by her kidnappers even after ransoms were paid for her release and others with whom she was kidnapped. Earlier on in June, several lives were brutally cut short by terrorists during a church service in Owo, Ondo State.

“Aare Ona Kakanfo of Yorubaland, Iba Gani Adams, lately revealed that bushes in Yoruabaland have been infiltrated by terrorists with the intention of unleashing terror in the area any time. Going by reports coming from other parts of the country, what is said of the South West is not peculiar.

“Indeed, Kaduna State Governor El Rufai stated last week that terrorists have formed a parallel government in his state. His Benue State counterpart, Governor Samuel Ortom, has actually set up what can be practically called a State Police because of the failure to get necessary reliance from the federal government-owned security agencies. Some territories in states like Niger, Sokoto, Nasarawa, Borno including the president’s home state of Katsina are reportedly under the control of some bandits who are demanding taxes from the people in these communities.

“Reports on Sunday also had it that at least 13 persons were killed and many wounded during a bandits’ attack in Karekuka, a community in Gassol Local Government Area, Taraba state.

“They also attacked Garin Gidado community in the same area on Saturday morning but met it empty, because the community had been previously attacked by bandits,” the statement further reads.

The organisation urged President Muhammadu Buhari to urgently put a stop to the needless sacrifice of lives of innocent Nigerians by terrorists by, among others, calling the terrorists’ bluff, equipping the security agencies materially, logistically and in terms of morale-boosting, be genuinely committed to Nigeria and the people as well as by allowing states that are willing to set up state police forces.

“These things are the minimum that the President can do. And they are not difficult to be done at all. It only takes the desired political and moral will on the part of the President to do so.”

“There is also the constitutional reason for the President to take these steps because Section 14 of the 1999 Constitution (as amended) makes it a duty for the government to provide security for the people. Furthermore, if he could allow the Restructuring of the country right now, history would be kinder to him.

“The president should, without wasting any more time, get these things done as suggested above. And in doing so, he could also delegate more powers so that the engine of the state can run faster and more efficiently!” Afenifere added.