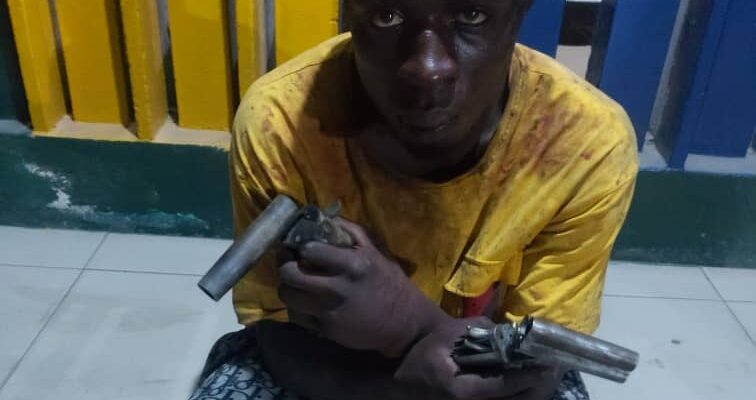 Nkasi Kolie
Lagos State Police command has arrested a fake police man and suspected armed robber .
Lagos State Police Spokesman , CSP Olumuyiwa Adejobi who explained that the suspects were nabbed in different locations in the state said:” Police operatives attached to Itire Division of the Command on April 22, at about 9.40pm, arrested  Samuel Ayooluwa,24, of no fixed addresss, at No 54, Olatilewa Street by Lawanson,  Surulere, Lagos State.
“The police operatives on their routine patrol around the area had responded to a distress call from one of the shop owners at the above address that three armed men on motorcycle attacked the customers in the shop and dispossessed them of their belongings. 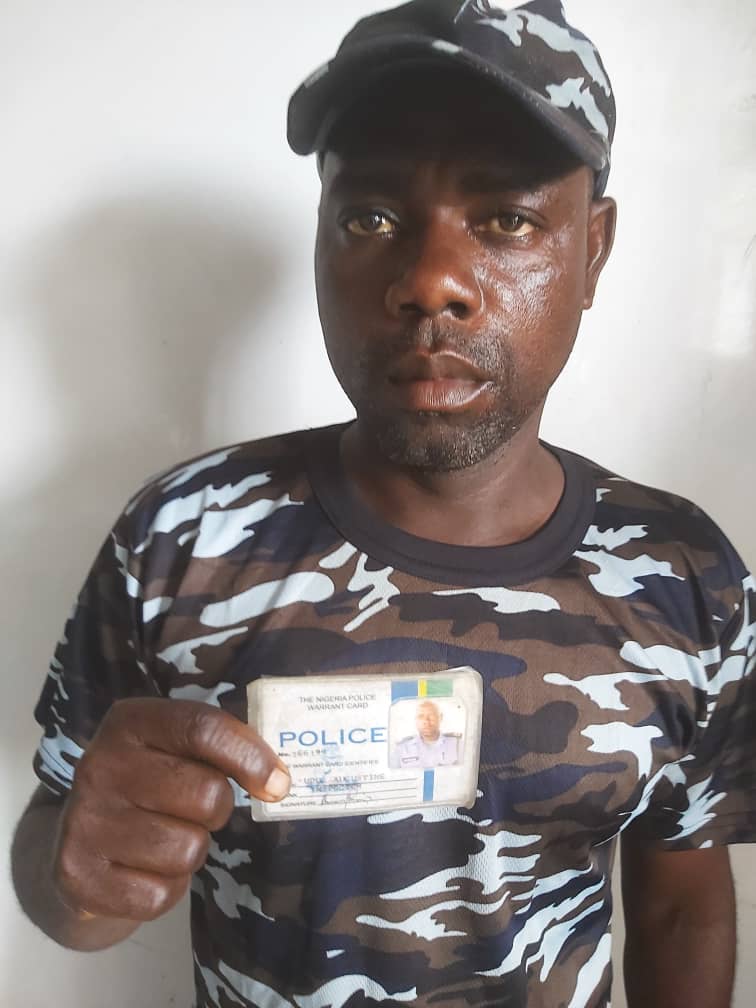 The police, who raced to the scene, gave the suspected armed men a hot chase and eventually arrested one of them, Samuel, while the other two escaped.
“Items recovered from him included two  locally-made pistol three live cartridges, three expended cartridges and two mobile phones.
“In another development, the police operatives attached to Orile Division of the command on 23rd April 23,at  about 9am, accosted and arrested  Udu Augustine, 39, of  15, Ishola Street, Magogo, Yaba-Lagos, at Orile Bus Stop.
“The police operatives stopped his motorcycle at Orile Bus Stop, nd the suspect introduced himself as a police officer to them.
The operatives suspected him and put some questions to him but could not provide any satisfactory answers. Hence, he was arrested in a possession of a police warrant card.
“After the arrest, he was taken to his house, at the above address, where one police camouflage T-shirt, one face cap and some police accoutrements were recovered from him. 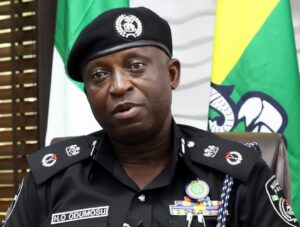 “The Commissioner of Police, Lagos State, CP Hakeem Odumosu, has ordered that the suspects be transferred to the Command’s Special Squad for thorough investigation and possible apprehension of the fleeing suspects.
“The police boss, however, directed all the Divisional Police Officers across the state to be on the lookout for and arrest impersonators who are on the prowl and their activities dent the image of the Nigeria Police Force”.