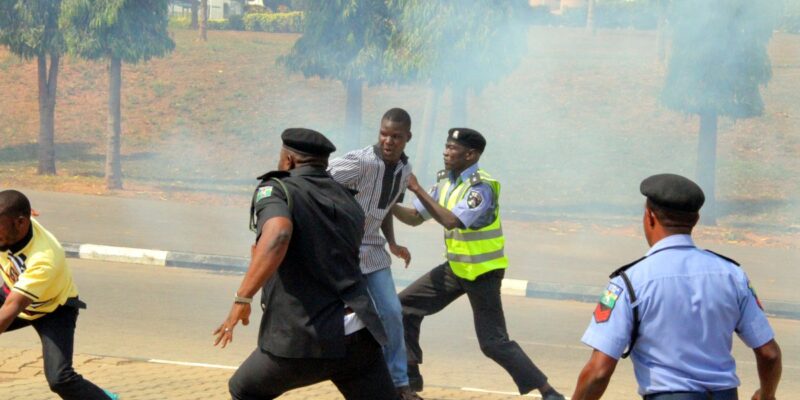 By Charles Nwabardi
A student of the Kaduna State College of Education, Gidan Waya, Jema’a Local Government Area of Kaduna State, has been shot dead by the police.
SECURITY REPORTERS.com sources hinted that the deceased had joined his colleagues, who were protesting over hike in school fees, when security operatives made attempt to disperse them forcefully.
One of the protesters, who preferred anonymity,  said they came out to protest over the increase of school fees in the state-owned institution but met security operatives outside the college.
It was gathered that one student identified as Emmanuel Nata was also shot but was receiving treatment as at the time of filing this report.
Confirming the incident to our correspondent during a press conference, National President of the National Association of Nigerian Students (NANS), Sunday Asefon, said he gathered that two students were killed during the protest while another was shot.
He lamented that the state government did not take into consideration prevailing economic realities in the country before increasing the tuition.
The student said they found it extremely hard to cope with the previous school fees that ranged between N25,000 to N33,000 and wondered what would happen with the present increment to N75,000.
When contacted, the Provost of the College, Professor Alexander Kure who confirmed the protest, said he was yet to establish reasons for the development.