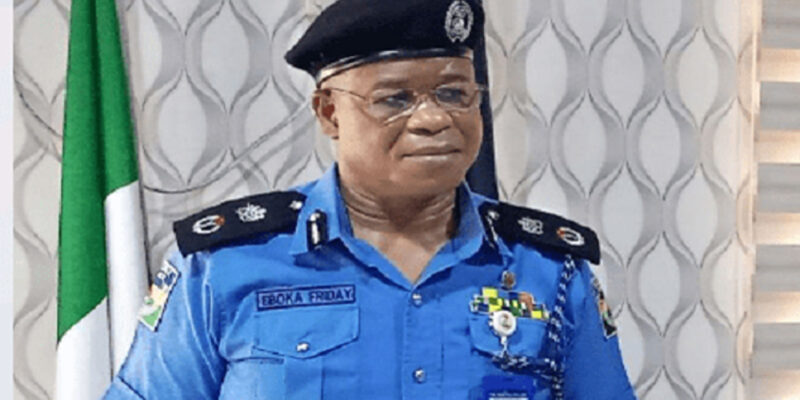 In a statement signed by the spokesman of Rivers State Police Command, Nnamdi Omoni , the State Commissioner of Police, Eboka Friday  confirmed the unfortunate incident.

The statement reads, “The Rivers State Police Command can confirm the unprovoked and mindless attack on policemen and vehicles.

“The incident which led to the death of seven policemen occurred last night about 2030hrs, where unknown gunmen driven in two branded Hilux vans, attacked the special checkpoint at Choba bridge (near Port Harcourt), killed two policemen on duty and set ablaze a car belonging to one of the policemen.

“A similar attack was launched at Rumuji Police Station (Emuoha LGA) by the same hoodlums who killed two Policemen on duty and burnt a police patrol vehicle.

“However, a stiff resistance by the Police prevented the hoodlums from gaining access into the Police station. In the course of the exchange of fire, two of the attackers were fatally wounded and died on the spot.

“The third attack at Elimgbu Police Station (Obio/Akpor LGA) was equally resisted by the police, though three officers were killed in that attack the serious fire engagement made them abandon their bullet-riddled Hilux van, while they escaped with various degrees of gunshot wounds with a snatched Sienna.

“The continued engagement by the Police, also forced them to abandon the Sienna car they were using to escape at the Refinery junction, while their remnants again escaped with bullet wounds.

“In the meantime, the corpses of the fallen heroes have been evacuated and deposited at the mortuary, while the Commissioner of Police, Eboka Friday, who led members of his management team and tactical Commanders to the respective scenes this morning for an on-the-spot assessment, has launched a serious manhunt for the perpetrators with a view to apprehending the culprits and bringing them to justice.”

According to the statement,  “the Command is relatively calm and the Commissioner of Police is currently in a security meeting with his team, as security has been further strengthened in all the Police formations in the State, including other critical public and private infrastructure.”

“It is pertinent to note that in all three attacks carried out last night, no Police Station/formation was burnt. Regrettably, a total of five assault rifles were lost in the incident.”

Members of the public were appealed to, to increase their security consciousness and report any person or persons with gun wounds to the nearest Police Station or call security lines that have been released to the public.