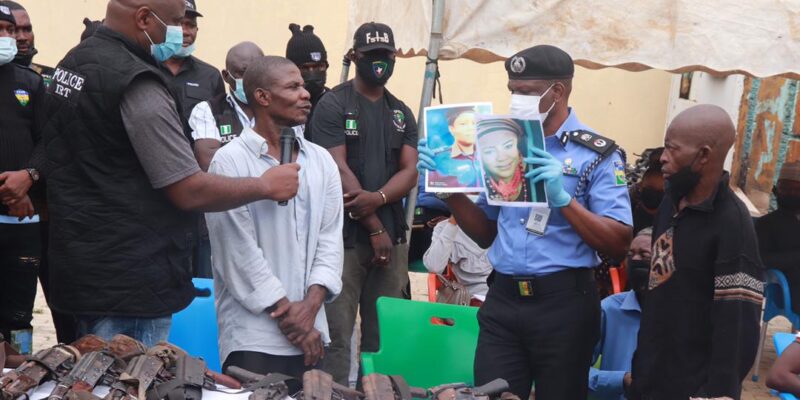 By Frank Oshanugor
Operatives of the Nigeria Police Force have arrested a criminal syndicate responsible for recent economic sabotage and vandalism of rail tracks in the North-West and North-Central parts of the country. 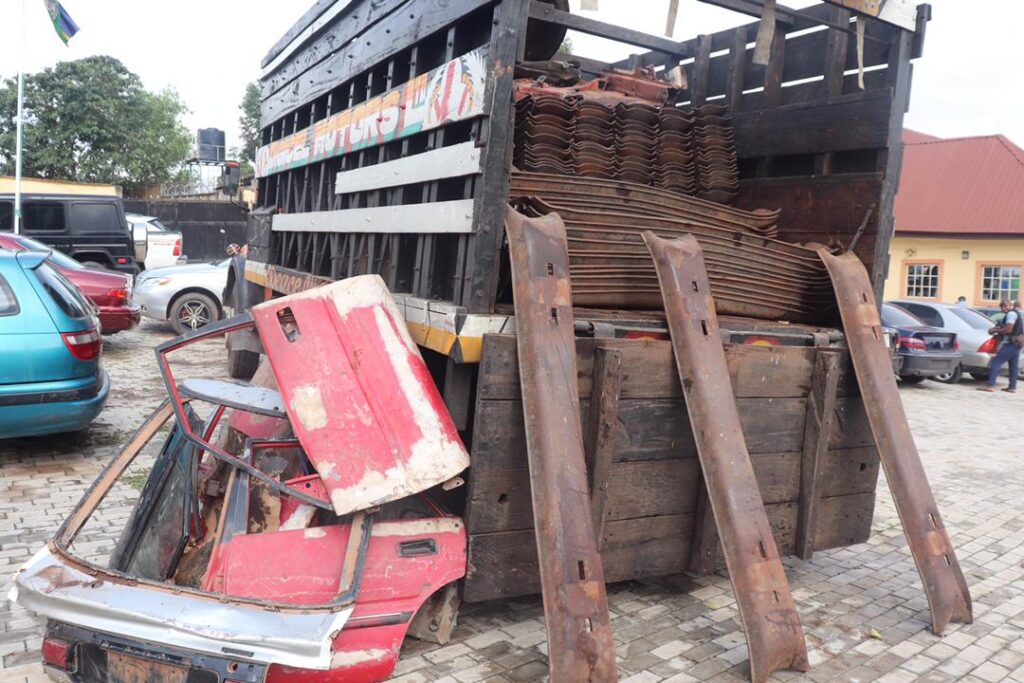 SECURITY REPORTERS.com learnt that the arrest of the suspects followed deliberate efforts by the Force to contain and clampdown on perpetrators of recent incidents of rail tracks vandalism, carting away of critical locomotive equipment and other related economic crimes in some parts of the country.
The arrested vandals are among a total of thirty-six (36) notorious criminal suspects arrested by the Police recently for offences of banditry, kidnapping, armed robbery, possession of illegal firearms, cultism, murder, economic sabotage, cybercrime, car snatching, etc. 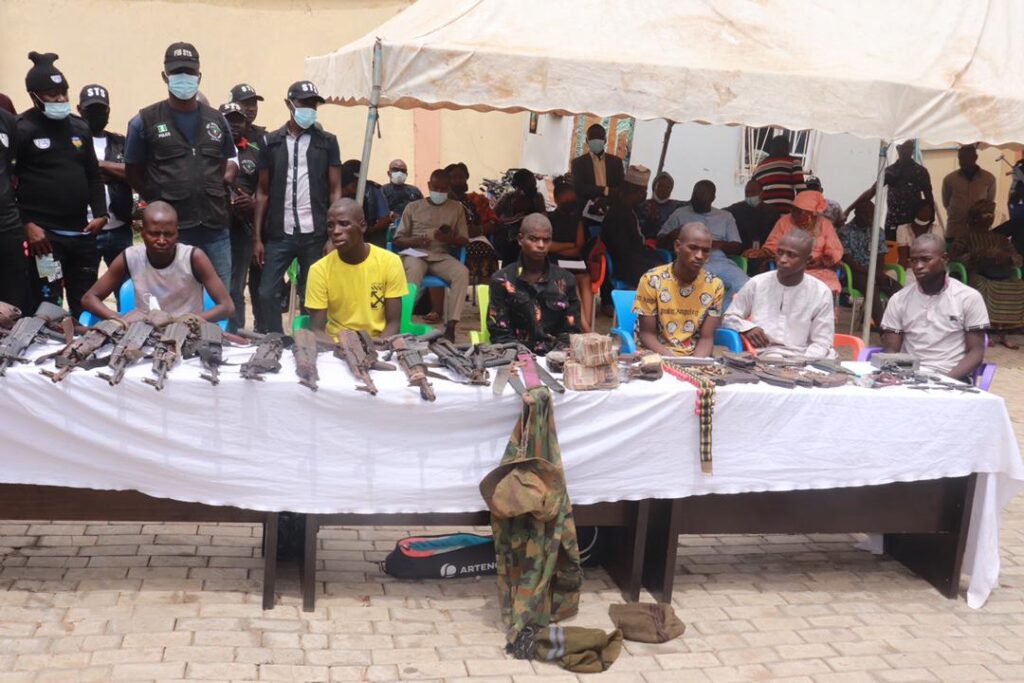 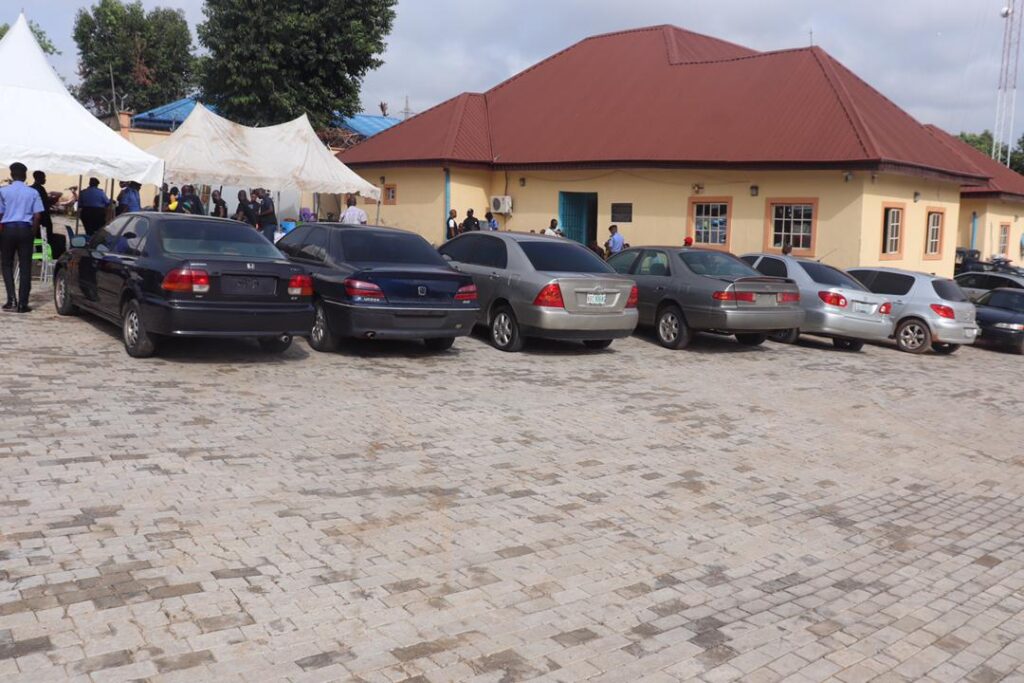 The suspects involved in the rail track vandalism, Idris Lawal (42years), Abdullahi Musa  (29years) and Usman Umar  (22years) were arrested following a coordinated intelligence-driven special operation on 27th May, 2021, which uncovered a warehouse in Gboko LGA of Benue State.
A cordon and search operation conducted by the Police operatives on the building revealed different vandalized rail equipment, stolen rail installation racks, weld-shear, rail puller, other rail accessories and consumables. Further investigations by the Police team led to the interception of three (3) heavy-load trucks along Ikom-Ibom junction in Cross Rivers State. The trucks were fully loaded with vandalized rail items transported from the warehouse.
Mba said investigation was ongoing to identity the destination, the targeted criminal receivers, end-users and other suspects complicit in the crime.
Similarly, a 6-man notorious armed robbery and kidnapping syndicate linked to several violent crimes in Ondo and Ekiti axis of the South-Western part of the country has been arrested. The arrest followed the trailing and arrest of one 60-year-old Umar Mohammed who has been on the wanted list of the Police for transporting firearms and ammunition on behalf of notorious criminals who have carried out major operations in the South-West States.
Further investigations by the Police team led to the arrest of five (5) of his gang members – Umar Abubakar, (22yrs) Muhammed Bello, (52yrs) Sale Lawali, (25yrs), Usman Muhammed, (20yrs) and Musa Ibrahim, 53yrs, all male – who utilize the weapons he provided to carry out series of kidnapping and armed robbery operations in the country.
Meanwhile, the Inspector-General of Police, (IGP) Usman Alkali Baba has expressed confidence that no stone would be left unturned until all public spaces are reclaimed from criminal elements and a comfortable level of public safety and security achieved in all parts of the country. He enjoined citizens to continue to support the Police and the security community as they carry out the tasks of returning our country to the path of peace and security.
All the suspects would be charged to court on completion of investigations.