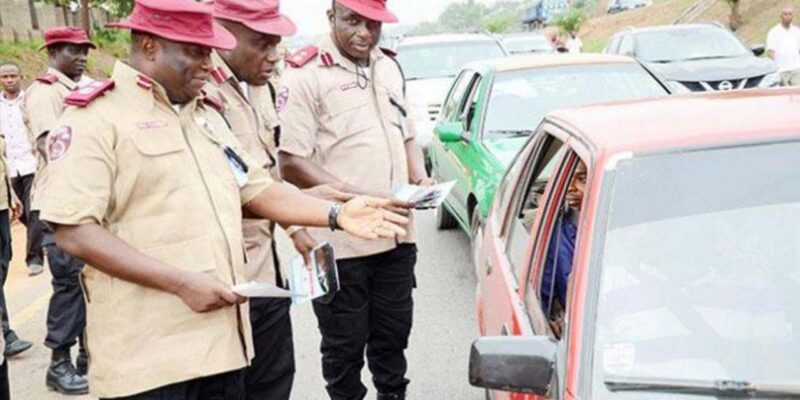 By Braxton Ilobah
The Sector Commander, Federal Road Safety Corps, Lagos Sector Command,  Corps Commander Olusegun Ogungbemide has admonished motorists driving with temporary driver’s licence to pick up their Permanent Driver’s Licence.
Ogungbemide, on Wednesday, decried the huge number of permanent driver’s licence lying fallow at various capturing centres, saying that the appeal had become necessary to offload all uncollected licences. According to him, “there are no fewer than  55,501 unclaimed permanent driver’s licence across the state.”
The Corps Public Education Officer,   Route Commander Olabisi Sonusi in a statement said “the Corps is currently making frantic efforts by phone calls to applicants as a form of encouragement towards picking up their Permanent Driver’s Licence.”
He said that the Command would observe the responses of applicants for few days before commencing operation to clamp down on those still driving with the temporary driver’s licence.
Ogungbemide urged that motorists should be concerned about the very important driving document adding that the National Road Traffic Regulations 2012 Section 67 (1) states that “Any person driving a vehicle on any public road shall be in possession of an original driver’s licence but where the person is in possession of the photocopy of the original driver’s licence he shall within 24 hours produce the original driver’s licence to the appropriate authority if demanded”.
He reiterated that the command would not leave any stone unturned to sanitise the road from those who are not expected to use it.