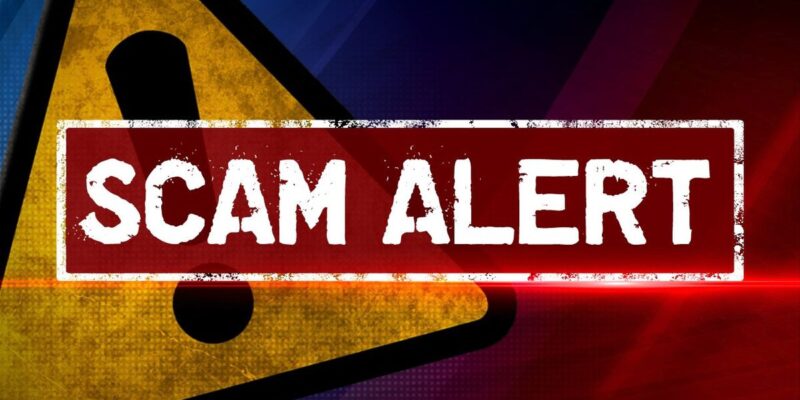 It has been a tale of woes by a Lagos-based photojournalist Mr. Moses Onolunose, an Uber Driver, three female advert models and a hair stylist all of whom were scammed in a well co-ordinated operation on Thursday in Lagos by a lone thief who posed as a make-up artist.

Narrating his experience on Friday to SECURITY REPORTERS.com, the photojournalist who freelances for an online medium said he was somewhere about 8.30am on Thursday when he received a call from someone who simply introduced himself as Mr. Frank, telling him that he was waiting for him at his photo studio located on Shiro Street, Fadeyi area of Lagos.

On his arrival, he saw the so called Mr. Frank who by his physical appearance should be in his late 20s. According to Onolunose, soon after they exchanged pleasantries, Frank told him that he is an Abuja based make-up artist but has come to do some work in Lagos for a client who wants his new wine product to be advertised on bill boards. Since he needed female models for the production, he enquired from the photojournalist if he could assist him source for models.

As Onolunose is an event person with a good number of models in his contact, it did not take him time to reach some models who in no time assembled in his studio where Frank did screening and eventually chose three from the lot while others were  dismissed.

Having concluded their negotiation, Frank opted to take the three models to a salon somewhere in Surulere to fashion out a new style to fit what he wanted for the advert production. But as there are hair dressing salons in Fadeyi area, Onolunose tried to convince Frank for the hair fixing to be done there, Frank reportedly refused with the contention that he had a partnership hair saloon in Surulere.

As he was trying to go with the girls, Onolunose told Frank that he could discuss with a friend of his who had just come to see him in studio since the visitor was an Uber driver.  Frank agreed. He discussed and agreed to pay the Uber operator the sum of N20,000 for the whole day.  It was at this juncture, the three girls accompanied Frank and the Uber driver to Surulere.

Unknown to the girls who were anxious to eke out some living that Frank was a scammer, they gladly obeyed every of his instructions soon as they arrived the salon located on Adeniran Ogunsanya Street. First, as the hair stylist commenced attending to the girls, Frank cunningly asked two of the girls to give him their phones pretending that he was going to upload some photos on their Instagram.

He reportedly walked away with the phones in his hand to meet the Uber driver whom he asked to take him to Shoprite on Adeniran Ogunsanya Shopping Complex pretending that he was going to buy food for the girls.  The Uber driver eventually took him to Shoprite complex and as the driver was trying to properly park his vehicle, Frank alighted from the cab and briskly walked towards Shoprite without the driver noticing that he was escaping with the two phones collected from the girls. The phones; one Techno Android and one iPhone are both valued about N120,000.

According to the photojournalist, he started getting worried when he called the phone lines of the two girls soon after they arrived Surulere and both phones were switched off.  He wanted to know how they were faring with Frank.  He only got the Uber driver on phone who in turn told him that he parked in the Shoprite complex waiting. The photojournalist did not hesitate before racing down to meet the Uber driver who eventually joined to search for Frank who had suddenly become elusive.

Both men later moved down to the hair salon where they met the three modelling girls with their hairs already fixed but with the so-called Frank not in sight.

On enquiry, they got to know that the hair salon had no standing business relationship with Frank who from all appearances had turned a scammer. The salon operators were expecting  him to come and settle N15,000 bill for special fixing of the models’ hair style. It took the intervention of a kind hearted Nigerian who settled the bill before the models could get their freedom.

The photojournalist and the Uber driver had no choice but to take the girls back to Fadeyi with all the parties feeling short-changed. Onolunose was not paid for his services, neither was the Uber driver nor the modelling girls as the so-called make up artist had disappeared into the thin air with the stolen phones.

As at the time of filing this report, the photojournalist said he had officially reported the matter at Onipanu Police Division but was referred from there to Surulere Division under which jurisdiction the offense was committed.