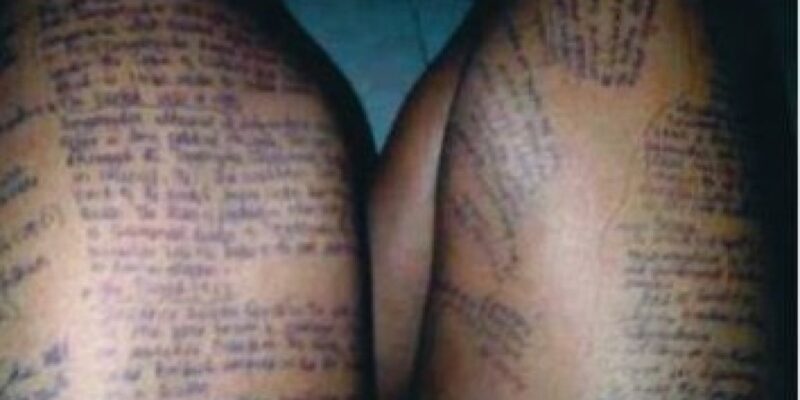 By Nkasi Kolie
Ondo State Government has removed Mrs. Abiola Fashina as the principal of Ijo Mimo Oluwa High School, Akure, over alleged misappropriation of funds meant for the payment of NECO examination in 2020, and alleged involvement in examination malpractices in the school.
Mrs Fasina was  alleged of complicity in examination malpractices, which was reported to have been the practice in the school over the past five years.
She has since been replaced with another principal.
A source hinted SECURITY REPORTERS.com that the principal was directed to be reporting to the state Teaching Service Commission (TESCOM), pending the conclusion of her investigations into the allegation.
Similarly, the Permanent Secretary, Ministry of Education, Science and Technology, Mrs Lola Amuda, has also ordered that the executive of Parents Teachers Association (PTA) in the school, led by Pastor Ajibola Owolanke, be dissolved with immediate effect, while interim Executive members be set up.
It was gathered that both the principal and the PTA chairman have been at loggerhead over the money realised from the NECO fee.
It was also reported that the crises have also caused division among the staff as well as parents and have drastically affected academic activities of the school.
The lingering crisis, it was gathered, had made Mrs Fasina to be under serious fire over allegations of misappropriation of part of funds meant for the payment of NECO examination in 2020.
It was gathered that the principal, who was deployed to the school late 2019, allegedly mismanaged N439,600 meant for the NECO registration of the SS3 students sitting for the 2020 examination