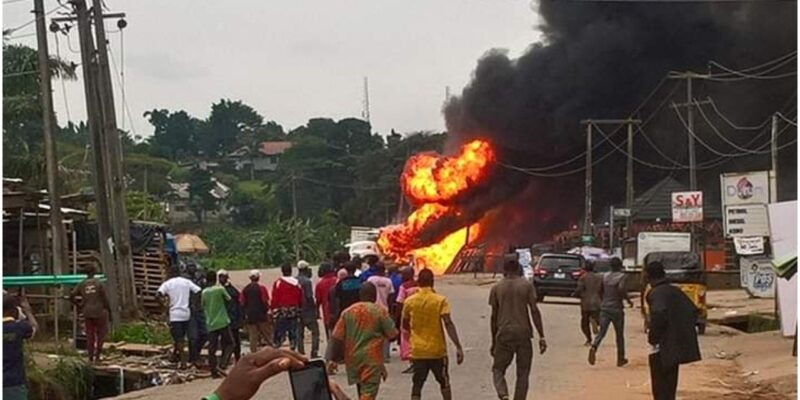 At least eleven persons have died in gas explosion cases in Ogun state in the last nine days.

The fifth gas explosion occurred at Onikoko area of Abeokuta around 10:am on Friday causing serious panic.

Commissioner for Special Duties, Lekan Ogunbanwo, and Special Adviser to the governor on Environment, Ola Oresanya, while speaking,  said two people were injured.

Ogunbawo said, “Within the last one week, we have lost about eleven persons while others were in hospital in critical conditions.

“We were able to trace one of the sources together with the Commissioner of Police and Director of the DSS.”

Security reporters gathered that this time around an industrial gas belonging to a construction company kept in its garage exploded.

A worker in the company who craved anonymity told newsmen that they were working on the caterpillar they wanted to use the gas for before it exploded.

One of the workers claimed that the exploded cylinder was picked from a dealer in Ibara area.

An iron splinter from the exploded gas cylinder flew to about 200 metres inside a nearby St. Leo’s College, Onikoko, and hit a female victim on her chest, causing an injury on her.

The effect of the explosion was seen on nearby buildings, shattering walls and glasses.

The state government has sealed off an industrial gas retailing depot at Omida.