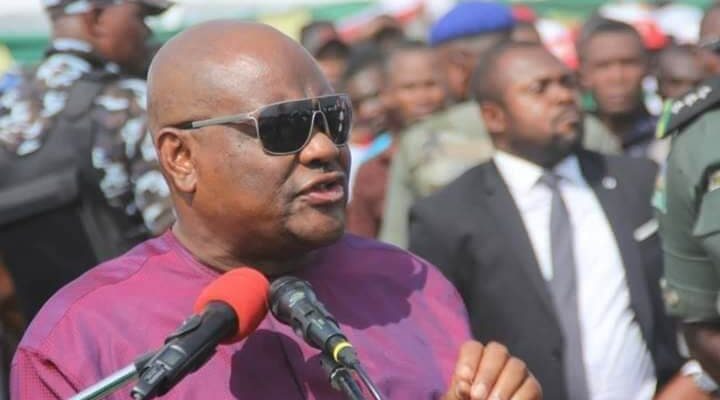 Wike inaugurated and handed over the 5,000 capacity auditorium to the NYSC at the NYSC, Rivers State Orientation Camp in Nonwa-Gbam in Tai Local Government Area.

During the handing over, the governor recalled, “the first day I came here and saw the poor state of facilities in the camp, I said, how can we allow graduates, those of them who have first degrees, second degrees, even Ph.Ds, to be camped in an area not worthy for humans to stay.

“We tried, starting by building hostels for them. We built a kitchen for them but it was vandalized by criminals. I had to send people to rebuild the kitchen for them. Look at the landscaping. We have done all the internal roads here.

“It doesn’t matter whether they are federal agency or not. What matters to us is the services they render and those services are being rendered to the people of the state. Therefore, we would do everything we can to make them comfortable.

“We decided to build a 5,000 capacity auditorium for them. This project would have been completed before now, but the contractor ran away with the money. But I said nothing will deter us, we must complete it.”

The Director-General of NYSC, Brig Gen Mohammed Fadah, while inaugurating the project, said: “Governor Wike has done a lot for us. This occasion offers us a unique opportunity for appreciating your numerous people oriented projects. It is also heartwarming to note that the state government, under your able leadership, has done a lot for NYSC.”