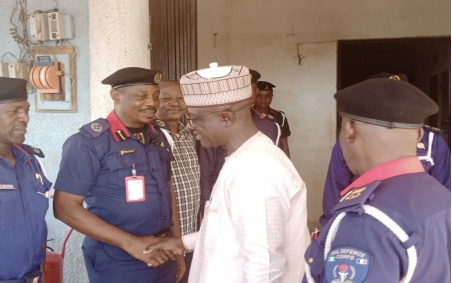 Lawal, who is on Special assignment in the State with respect to the upcoming gubernatorial election in the state is expected to meet with relevant stakeholders and the government with regards to security arrangements for the election.

The Ag. DCG was received  on arrival by  Vincent Ogu, the Anambra State Commandant as well as other Senior Officers of the Command.

In his address, the State Commandant promised to assist him to accomplish his aim of visiting the state. He further assured the Ag. DCG (Ops) that the Command under his watch will continue to sustain the robust Operational strategies and visibility Patrol embarked upon as the gubernatorial election  draws near. 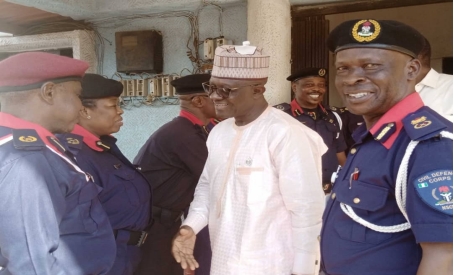 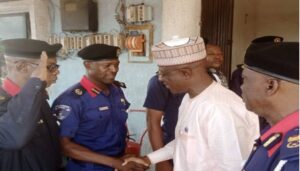 He challenged Officers and Men to put in their best since according to him the Commandant General has within the little period of his administration shown  commitment in uplifting the welfare packages of NSCDC personnel throughout the federation.

The Ag. DCG commended the peaceful nature of the State and urged the Command to remain steadfast in ensuring that peace prevails in the State in preparation for the forth coming gubernatorial election come November 18th.