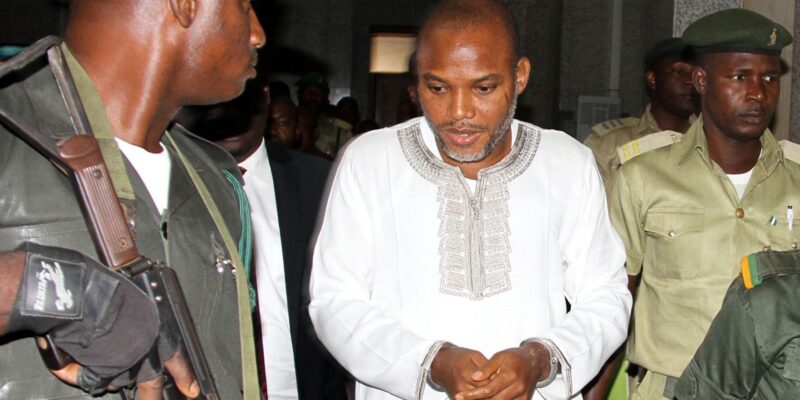 Authorities of the Anambra State Government have debunked the allegation in the social media that the State financed the re-arrest and subsequent extradition of Nnamdi Kanu, the leader of the Indigenous Peoples of Biafra (IPoB) to Nigeria.

In a statement on Friday by the Anambra State Commissioner for Information & Public Enlightenment, Mr. Don Adinuba, said Sahara Reporters the online newspaper which published the wrong story did not follow the path of true journalism.

According to Adinuba, “the people and government of Anambra State are surprised to see a report in SaharaReporters, an online publication, claiming that Governor Willie Obiano of Anambra State is one of two governors who allegedly financed the re-arrest in a foreign land of Mazi Nnamdi Kanu, the leader of the Indigenous Peoples of Biafra (IPOB).

The SaharaReporters “publication was based on a statement credited to Emma Powerful, the IPOB spokesman.”

“We are also surprised that SaharaReporters could publish such a statement without bothering to hear from the Anambra State government in order to balance its story. A cardinal principle of journalism is “always hear the other side”. If the online newspaper had attempted to speak to any state government official, it would certainly have stepped down the story because it is not worth the space allotted to it.”

He stated further that “according to the Nigerian government, Mazi Kanu was rearrested last month in an operation by Interpol and the Nigerian Intelligence Agency. It is a trite fact that as a subnational government, the Anambra State administration does not deal with any of these two organizations either directly or indirectly.

The question of Anambra State financing their operations makes neither reason nor rhythm.”

“It is also surprising that Emma Powerful has yet to deny the statement ascribed to him, suggesting that he, indeed, made the allegation. If he did make the claim, not only is it clearly wrong, it is obviously without the authorization of the IPOB leadership which knows better about what the Anambra State can do or cannot do on certain matters.”

The Information Commissioner also pointed out that “it is too much of a stretch to think that the Anambra State Government, which receives one of the lowest allocations in the country from the federation account every month and is building about the most modern airport in Africa in record time and building Africa’s largest conference centre with 10,000 sitting capacity as well as a modern stadium in the capital city, among other capital intensive projects being developed without borrowing a kobo from any bank anywhere in the world, would still have money to fritter away, all the more so at a time of global economic crisis which has seen a well-developed country like the United Kingdom slip into its worst recession in 300 years.”

“Anambra State under Governor Obiano’s leadership has a well-established record of service, courage and solidarity in the Southeastern affairs as well as the affairs of the Igbo-speaking world.

“Governor Obiano led the whole of the former Eastern Nigerian Region to conduct on January 12, 2015 the official funeral of victims of the Nigeria-Biafra War of 1967 -70. Though the historic and solemn ceremony in Awka was well attended, most top politicians kept away for obvious reasons. The few exceptions included the former venerable Dr Alex Ekwueme, Nigeria’s former Vice President from 1979-1983.

“When the Nigeria Correctional Service chose, for inexplicable reasons, to transfer the most hardened of Boko Haram terrorists to Ekwulobia in Aguata Local Government Area, most politicians who knew of the profound implications kept quiet.

But not Governor Obiano who mobilized all our people like one man to stop the action.”