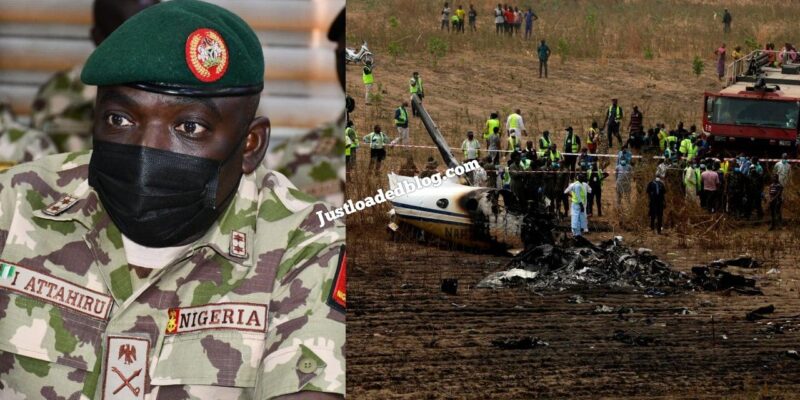 Many Nigerians like me were not carried away by the news on Monday that the Flight Data Recorder (a.k.a. Black Box) of the ill fated military aircraft that took the lives of the former Chief of Army Staff, (COAS) Lt. General Ibrahim Attahiru and ten others on Friday 21st May, 2021when it crashed in Kaduna had been recovered.   The likes of me are not enthused about the recovery because after this initial euhporia, nothing positive ever happens again.

From my younger days  as a teenager when I started hearing of Black Box recovery anytime there was plane crash in Nigeria, one has often waited to know what comes out of the box in terms of what it is technically manufactured and installed to achieve in any aircraft.

Ordinarily, we are made to know that the Black Box is a device that contains all recorded discussion, conversation  between the pilot and control towers or  other recordable details prior to any crash.  The information obtained from the Black Box is meant to aid air accident special investigators from the aviation sector to ascertain to some extent what went wrong that could have possibly led to the crash.

Historically speaking, between 1980 and present time with the Nigerian Airways F27 plane crash at Enugu in 1982 or thereabout , Bellview Airline, ADC Airline, Sosoliso, Okada  Air, EAS Airline, Dana Air and other air crashes over the years till present time, Nigeria has recorded no fewer than twenty five air crashes involving both commercial and military aircrafts.

It is highly regrettable that after commission of enquiry is set up to investigate to ascertain the actual cause of crash with the Black Box as a highly dependable source of relevant information, not much has ever been known by members of the public who are stakeholders by virtue of their patronage as air passengers.

Often times, the cause of crash like in the case of last Friday incident in Kaduna has hastily been concluded based on some imaginable factors such as bad weather or engine failure as in the case of February 21, 2021 Abuja crash involving another military plane wherein seven personnel were killed.

Such hasty conclusions have often foreclosed whatever other relevant information the Black Box may contain that could lead to some other causal factors.

Like in the Kaduna incident wherein bad weather has been reported as being the cause, has anyone bothered to ask why the aircraft suddenly bursted into flames. Is it not possible that explosion occurred as the plane navigated its final descent before hitting the ground where it crashed into pieces.

Was it not possible for the Black Box to have recorded whatever unusual sound or communication of the pilot with anyone as he battled with the aircraft before the final crash?

The outcome of aviation investigators who open the Black Box to process whatever information is recorded should not always be the confidentiality of the aviation authorities. Not many Nigerians have knowledge of what the Black Box recordings of several air crashes have been.  The aviation authorities seem to have monopoly of such information.  Regrettably, the confidentiality associated with Black Box information has not helped matters as more crashes occur with nobody knowing the exact cause of the crashes.

Perhaps, a good knowledge of what the exact cause of any crash as recorded by the Black Box would go a long in making adjustments or taking precautionary measures for future flights.

Time has therefore come for the various aviation and government authorities to take the issue of Black Box administration serious.  If Nigeria’s aviation authorities do not have the professionalism to process Black Box of crashed aircraft, they should seek foreign assistance and in good time too, otherwise people would have the tendency to imagine anything.

I make this assumption based on the fact that like in the case of the three crashes involving military planes in the last three months, a lot of suspicion plays around them.  While some people may want to believe what the authorities attributed the crashes to, such as engine failure and inclement weather, many others strongly believe that there is sabotage in all of this, given the precarious security situation in the country.

In a scenario of disorderliness as Nigerians rightly find themselves in current time, given the large scale insecurity in the country, anyone is allowed to imagine anything with half truths and fallacies taking a higher level.

It is therefore extremely imperative that the nation’s leadership does not give more room to anything that would create an increased dangerous environment.  The aviation authorities should be able to carry Nigerians along with details of their findings on any Black Box recovered after any crash. The euphoria that greets the quick recovery of Black Box from any crash site should not take away the more job of processing and investigating what the contents of the Box are, as a way of developing our aviation industry.