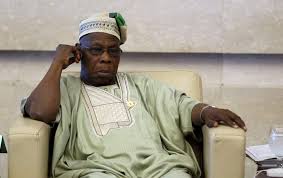 Former President Olusegun Obasanjo has lamented that Nigeria is not where it is supposed to be today.

Obasanjo who spoke as a special guest of honour at the Wilson Badejo Foundation’s 15th annual lecture with the theme, ‘Overcoming the twin challenge of poverty and insecurity in Nigeria’ held in Lagos, emphasized that if anyone says where the country is at the moment is ok, needs his or her head to be examined.

The former President urged Nigerians to make the right choice during the forthcoming 2023 general elections and warned that making the wrong choice in the election may consume the nation.

He had earlier said that Nigeria has not taken its rightful position because of poverty and insecurity.

Obasanjo said, “Nigeria is not where it is supposed to be today. If anyone says it is ok where we are at the moment, then the person’s head needs to be examined.

“My friend, late Ahmed Joda, used to tell me that God has given us everything a nation needs and there’s no need for prayers because if God has given you everything and you squandered it, then something is wrong.

In his lecture titled, ‘Overcoming the twin challenge of poverty and insecurity in Nigeria,’ Prof Eghosa Osaghea, the guest speaker and Director-General of the Nigerian Institute of International Affairs, NIIA, explained that when “one’s country fails the individual, then that individual becomes a failure.”

He said, “Poverty cannot divide us but it binds us what divides us is corruption. If you see street protests across the world, it is the poor who do it.

“Corruption, by whatever means, is what causes division.

“Many people today dig their boreholes for water, employ private security units, etc., yet, these are things that the state should have put in place.

“It is the duty of the state to provide these for the common good of all.”