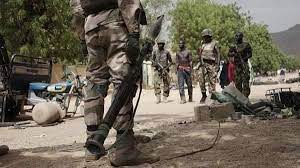 Nigeria has been said to be safer now than it was in 2015 when  President Muhammadu Buhari took over the administration of the nation and the South-West geopolitical zone, adjudged the safest part of the country.

Senior Special Assistant to the President on Media and Publicity, Garba Shehu, made the declaration while featuring on a Channels TV programme monitored by newsmen.

Responding to a question, the presidential aide said, “As far as Boko Haram terrorism is concerned, Nigeria is a safer place today than it was when we took over power.

“New challenges have come up, farmers-herders clashes, killings in the central sections of the country, much of these have been subdued. The problem of sabotage of oil installations in the South-South has been managed up to this point.

“Challenges of banditry, kidnappings have arisen in so many parts of the country including the South-West. Today, South-West is perhaps the safest part of this country.

“The challenges are epicentred around parts of Kebbi, Sokoto, Zamfara, Katsina and Kaduna States. Much of it (insecurity) has been rid of in Kaduna. Katsina is a lot safer today than it was two years. Zamfara is dealing with problems –kinetic and non-kinetic.

“The point is that the problems as they arise are being confronted head-on by the competent administration of a military that is loyal, a police (force) that is loyal, intelligence agencies that are efficient.”

Recall that the South-West area of the country, has been said to be plagued with the worst forms of killings, kidnappings and rape cases of late as farmers abandon their farms over fears of being mauled to death by marauding and bloodthirsty criminals suspected to be herdsmen.