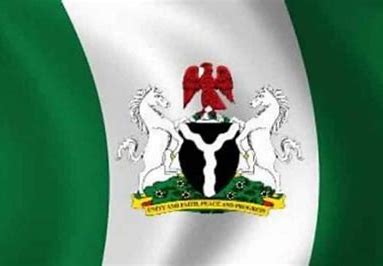 The National Democratic Coalition, NADECO, on Friday, reviewed the state of the nation and lamented that Nigeria has remained a disappointment to the black race which has been expecting her to provide Leadership for the black people globally.

In a statement by its General Secretary, Mr Ayo Opadokun, NADECO described the 2023 general elections as a misplaced priority and insensitivity to the popular, nationwide demand for a return to federalism, noting that the current national structure is warped, skewed, lopsided and unsustainable.

The statement titled ‘Nigeria’s priority for political stability and equity is a return to federal constitutional elections, not elections’, reads: “The National Democratic Coalition, NADECO, at its National Steering Committee meetings held between 22 and 25th September 2022, reviewed the State of the Nation since the commencement of the Fourth Republic in 1999, and after a thorough assessment of the standing of the country will like to make the following sobering observations.

“That Nigeria, forcefully coupled together for the political and economic interests of the imperialist United Kingdom of Great Britain at the great expense of the heterogeneous indigenous ethnic nationalities along with foreign migrants with their different languages, religions, customs, traditions, cultures, artefacts, folklore, mores, morals, etc. had remained unsustainable colonial misadventure of the 19th century.

“At independence, the high hopes and expectations for a much deserved higher quality of life through transparent, responsive and responsible, credible, technologically driven, humane, and democratic government policies have been dashed and substituted with despair, despondency and hopelessness.

“After another 16 years misrule and maladministration of military strongmen turned civilian Presidents, (1999-2007;-2015-2023), the civilian aberrations in between being their surrogates; apart from the 13 and 15 years when they governed the country in full military uniforms during their first and second military dictatorship, (1966-1979; 1983-1998) making a total of 44 years out of post-1960 Independence years.

“The politicians in military uniform must now accept the painful fact that it was their treasonable insurrection against a democratically elected government that arrested, halted and stunted the then ongoing growth and development of Nigeria when the British Colonial overlord grudgingly conceded political freedom to her colony called Nigeria.

“By usurping political offices, the politicians in military uniforms have politically and economically mismanaged, misdirected our national institutions so much that economic misery and poverty remains intolerable high giving the Godly human and material endowments of Nigeria,; The country’s Human Development Index data locates us within the group of war-ravaged areas like Afghanistan, Somalia, etc.

“The state of insecurity, whereby non-state actors have proven to be superior to the state coercive apparatus dictating and enforcing their demands at will thereby making a mockery of Nigeria’s security architecture, and proving the Nigerian State’s incompetence. It is a painful fact that the Nigerian rulers have failed in their primary responsibility of securing the life and property of their citizens. The Nigerian State, despite various disclosures and suspicions about its possible collisions with the unrestrained foreign and local bandits, have willingly or not accorded the bandits the audacity .to capture innocent Nigerians and dictate their ransom for such releases. Again, the Nigerian State has without admitting it, been reported to be paying humongous ransom to the bandits without using modern technology to apprehend the violent operators.

“The state of political instability for the last 56 years despite the strong-arm tactics of the military despots amounted to and constitutes the greatest tragedy that soldiers of fortune can impose on any country for their greed and selfish purposes.

“Nigeria today as the most populous black nation in the world with manifest divine destiny has remained a disappointment to the black race which has been expecting Nigeria to provide Leadership for the black people globally. Therefore, the black has not been able to make spectacular contributions to human civilization nor own registered inventions. Nigeria has remained a giant with feet of clay to date.

“The 1966 military suspension and abrogation of the Federal Constitutional Governance of Nigeria as negotiated by the Founding Fathers and its substitution with series of decrees including their 1979 and 1999 manufactured decrees called constitutions which have centralized governance has been the main reason for our national woes and calamities. The decrees forcefully empowered the centralized government to appropriate to itself all the major natural endowments of the component units. If the military has not violently usurped power, the politicians for enlightened self-interest could have bent over backwards to accommodate themselves. The political crises could have been resolved.

“Nigeria has since then become a cesspool of corruption. The military juntas have built a culture of unquestionable perversion and opaque governance which have turned Nigeria into a country of opposites where we import what we have, petroleum and export what we don’t have, democracy. Other oil exporting countries have enough refineries to satisfy their local needs thereby punishing Nigerians to pay an undeserved high price for petroleum products. Nigeria has expended huge petroleum dollars on turn-around maintenance for about five to six times now, for which we have received no value. Another one TAM is reportedly now. Yet no one is brought to account, rather, they are the ones dictating the economic and political pace shamelessly. None of the countries who secured their independence around the same time as Nigeria is today as backwards, underdeveloped and retrogressive as Nigeria has turned out to be despite our being the largest exporter of petroleum for over two-three decades.

“Nigeria is a heterogeneous country with over 350 ethnic Nationalities with their different languages, religions, customs, traditions, cultures, artefacts, folklore, mores, morals, etc. which cannot be legislated out of existence. That’s the reason all the dubious efforts to make Nigerians out of many people remain a pipe dream. And it was the reason why the British along with the Founding Fathers and Nationalists resolved that the only suitable constitution for heterogeneous people as we have in Nigeria, Germany, Australia, etc. if they were to cohabit in a country is a Federal Constitution.

“The efforts, campaigns and agitations of most ethnic nationalities for a return to the negotiated federal constitutional governance have to date been ignored, disregarded and treated with provocative contempt by the impostors who will rather chase shadows e.g., insisting on manipulated elections to further their stranglehold on the political and economic authorities of the state, rather than obeying the popular will of the people for a return to federal constitutional governance.

“The Nigerian state must accept the fact that whether she likes it or not, Nigerians had never at any democratic assembly accepted the suspension and abrogation of the independence constitution by the politicians in uniform neither have they voluntarily accepted the militarily imposed prohibitive executive presidential system.

“Therefore, the current dubious rat race to hold elections amid aggravated security crises, political instability, unbelievable depth of economic deprivations and misery is a misplaced priority and insensitivity to the popular, nation-wide demand for a return to federal constitutional governance because a sectional agenda is being foisted and programmed to retain its hold on the country at all cost. No one is fooled to believe that the election is to consolidate democracy considering how the two main so-called parties abandoned the rotational presidency agreement for equity but to further the imposition of ethnic agenda which has denied Nigeria the chance to provide modern, transparent, people-oriented governance and where the popular will of the people is treated with the highest regard.

“What the Nigerian State and its power brokers, accomplices, politicians of questionable conducts, ethnically selected bureaucrats and their minions, who must play politics at all costs are attempting to do, is beguiling Nigerians to forget the illegalities, unjust, and inequitable laws and policies they have severally imposed on us and insisting that those outrageous deeds be accepted as given while we build on them no matter how crooked they constitute as foundations for democracy and democratization generally. Most Nigerians are not simpletons as they take us to be.

“Nigeria, therefore, must of necessity return to federal constitutional governance before the holding of any election. What tangible gains have Nigerians benefitted from all the elections held since 1999? Returning Nigeria to Federal Constitutional Governance is not the end in itself but will provide a legitimate foundation for the construction of all other derivatives that make Federalism Feature a necessity for a heterogeneous country. The alternative is certainly to be more of the same whereby the manipulated and compromised so-called winners will continue with their provocative corruption of all public institutions to the shame and deprivation of the fundamental rights of the majority of Nigerians. This national structure that is warped, skewed and lopsided is unsustainable.

“United Kingdom of Great Britain’s new monarch, King Charles III as the Defender of the faith and promoter of the rule of law must of necessity take urgent decision to utilize his imperial soft powers to prevent monumental internal strife and dislocations that are hanging over the country because the popular agitations of the majority of ethnic Nationalities in Nigeria for a return to federal constitutional governance upon which Nigeria secured her independence have since 1966 been replaced with decrees which have centralized governance since then resulting into unmanageable political instability and deplorable insecurity have been provocatively treated with contempt and ignored by politicians in military uniform and mufti.

“NADECO, hereby, calls on His Majesty, King Charles III as the Head of the Commonwealth and its Secretariat to act timeously and without equivocation to demonstrably take steps to avert the possible counter-reactions from the entrapped ethnic nationalities under severe anguish of deprivations of their fundamental human rights to self-determination, incessant discriminations in appointments to high economic and political offices, abysmal failure of the Nigerian State to provide security for life and property, including ethnic cleansing in any part of the middle belt and southern regions, and permanently being forced to comply with all these indignities because of an illegitimate and forged “1999 Constitution” which has appropriated to the monopolized unitary and centralized government, the ethnic nationalities natural endowments, thereby replacing the legitimate and negotiated federal constitution which was the binding chord upon which the various ethnic nationalities were forced to be part of a geographical and political pace called Nigeria. The strength of human endurance of the majority of ethnic nationalities has been stretched beyond limits and may snap in no distant time if there are no concrete and practical steps to reverse the misguided public policies and conducts.

“NADECO, hereby, commends the endurance and nationalistic comportment of the majority of ethnic Nationalities who have been agitating unrelentlessly for a return to Federal Constitutional Governance upon which Nigeria secured her independence and had been ignored by the Nigerian State. NADECO is advising and appealing to them to complete their internal discussions and consultations on the campaign and exercises for a return to the negotiated federal constitution by reaching out to other ethnic Nationalities and by also forwarding and sending to NADECO their patriotic suggestions as to how we can peacefully implement their agreed positions at the earliest times.”