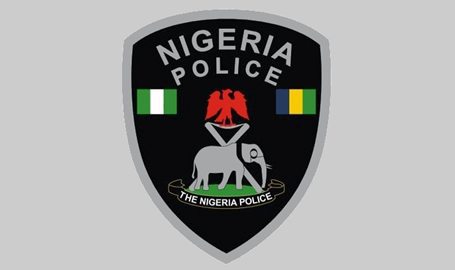 The new Assistant Inspector General (AIG) of Police in charge of Zone 2, Johnson Kokumo, on Monday assumed duty at the Zone 2 Command Headquarters, Onikan, Lagos with heart cheering news for residents and men of the force.

Kokumo assured that security strategies would be updated as every Police formation would be reactivated to tackle crime through the air, land, and water.

“I am telling you with confidence that we will not have any problems in procuring the equipment with which we will perform our statutory duties,” he said.

The new police boss reiterated that the IGP, Usman Baba, remained passionate about the welfare of policemen and would ensure improved welfare packages for police officers.

He assured further, that Zone 2 command, would tackle crime through synergy with other security agencies and members of the public.

“We will rejig the current security strategy, we will activate the Marine Police, the air wing of the Nigeria police and we will do all these in synergy with sister security agencies.

“We will also leave no stone unturned to ensure that we do policing in Lagos and Ogun with professionalism to build a good relationship with the people,” he assured.

Kokumo exuberating confidence said he knew his job would require adequate equipment but gave assurance that the government was doing all within its capacity to provide the police with all that was needed to fight crime.

“The government at the level of the state, both Lagos and Ogun are also doing same to provide us with all we need to work with and we will not relent.

“We will also not relent in meeting with stakeholders and making our requests to the government so we will have the necessary equipment.

The AIG however, warned criminals to vacate Lagos State and Ogun or risk the wrath of the law.

“The warning is clear, Lagos and Ogun are no longer places for criminal elements to hibernate.

“We know too well that Ogun is a gateway state. We have trans-border criminals coming in through Idiroko,” Kokumo noted.

He said he was aware that criminals crossed into Lagos through the Seme border and that the Police would not tolerate trans-border crime.

“We will do that, having at the back of our mind, a very healthy respect for the rights of citizens.

“We will fight criminals to the best of our ability. We will equally send signals to criminals to let them know the states are no longer where they can operate,” he said.

Recall that Kokumo was a Commissioner of Police, Edo, recently promoted to the rank of AIG and redeployed to Abuja as the AIG in charge of Federal Operations at the Force Headquarters.

Kokumo took over Zone 2, which comprises Lagos, and Ogun from AIG Ahmed Iliyasu, who retired on Thursday, May 27. Kokumo enlisted as a Cadet Assistant Superintendent of Police (ASP) on March 15, 1988.

An Alumnus of the prestigious National Institute for Policy and Strategic Studies (NIPSS) Kuru, Plateau, Kokumo is also a member of The International Association of Chiefs of Police.