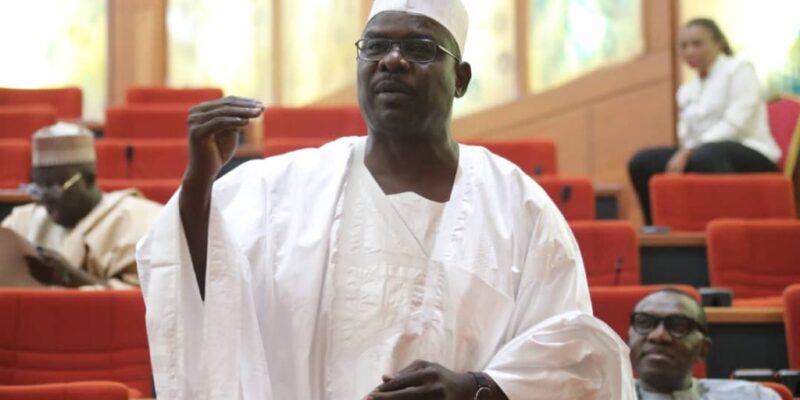 The Chairman, Senate Committee on Army, Ali Ndume, has described the decision and resolutions of Southern Governors Forum as blame game that will not solve the problem of insecurity confronting the nation.

Ndume, who is representing the Borno South Senatorial District in the upper chamber, stated this while addressing journalists in Abuja on Wednesday.

He insisted that the issue of open grazing addressed by Southern Governors was only causing insecurity in the North-Central geopolitical zone and some parts of the South- West.

Recall that the Southern Senators Forum, in a statement on Wednesday, had hailed the decision and resolutions of their governors and pledged to work with them for the actualisation.

However, Ndume said, “As far as I am concerned, this blame game will not solve the problem.

“The governors are deviating from the matter. The problem is not about open grazing. The problem is security. Most of the insecurity problems confronting Nigeria is not in the bush.

“We have four different types of security challenges. We have the insurgency in the North-East, IPOB through the Eastern Security Network is creating insecurity in the South-East, and there is banditry in the North-West.

“It is only in the North Central that we have issues of farmers-herders clashes. There is less problem in the South-West except for the clashes between the herdsmen and the farmers and the agitators for the Yoruba nation.

“Similarly, in the South-South, they are trying to instigate the avengers but so far the area is peaceful. The issue of insecurity is unique to each zone.

“That is a good development and I hope we would start seeing results but the most important thing is for them to be provided with necessary equipment to prosecute the war and their allowances should be paid in time.”

Meanwhile, Ndume has advocated the suspension of salary payment to workers and other political office holders so that the money could be used to tackle the security challenges in the country.

He said, “The president should make the issue of security, a priority. He should leave every other things and concentrate on security.

“That means even if they will stop paying us and use the money to tackle security. Is it not when you are secured that you talk of other things? It is not only the politicians but everybody.

“If you know that you cannot move out of your house and they say sacrifice your salary, won’t you do it?

“Many people are working from home, yet they are being paid. They should stop paying salaries and address the whole issue of insecurity.

“If you don’t have money, stop paying salaries and allowances and use the money to provide security.

“If you are borrowing money to provide infrastructure, why can’t we borrow money to protect our people.”