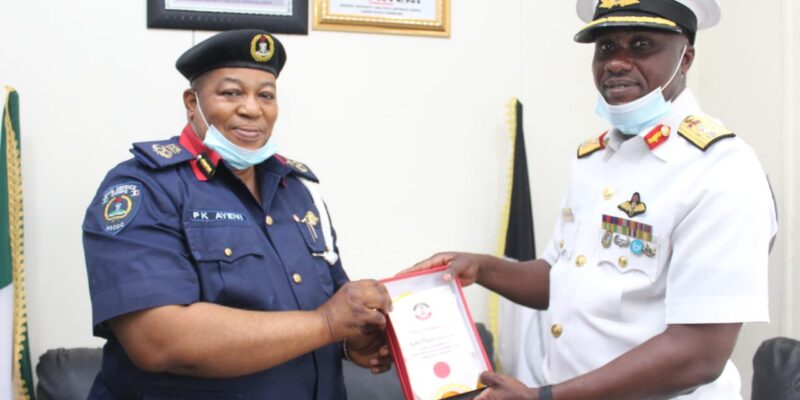 By Braxton Ilobah
The Commander, Naval Air Base, Ojo Lagos; Commodore Mutairu Mustapha Braimah has pledged to provide aerial surveillance services to the Lagos State Command of the Nigerian Security and Civil Defence Corp (NSCDC) in furtherance of the much advocated inter-agency synergy amongst Nigeria’s security forces.
He made the promise during a courtesy visit to the Commandant of the Lagos State Command of NSCDC; P.K. Ayeni in his office at Alausa, Ikeja Lagos on Thursday. 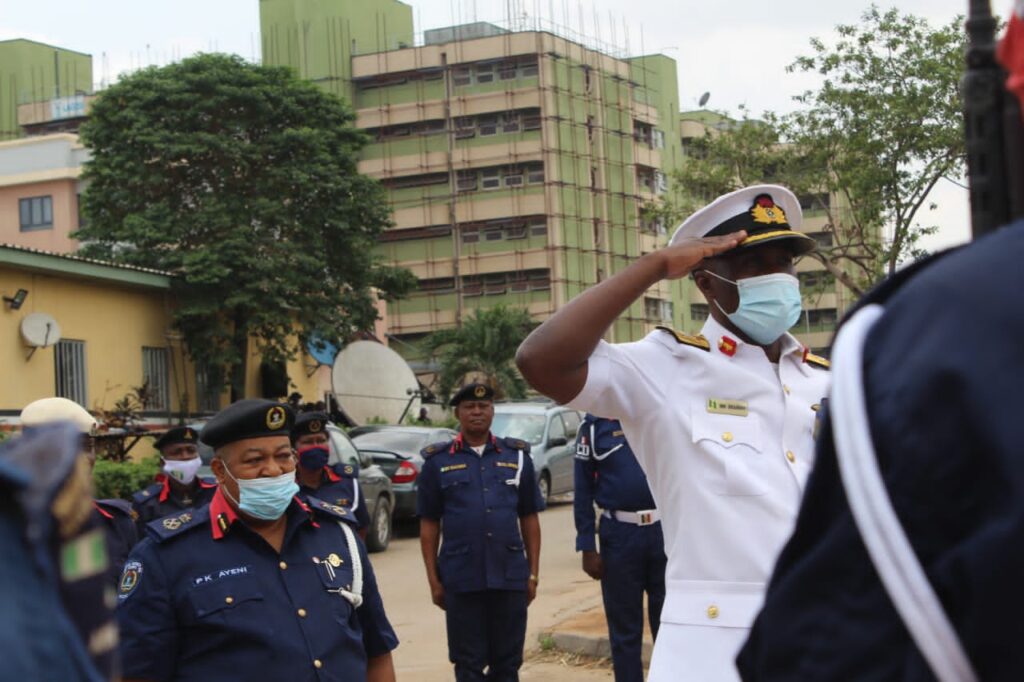 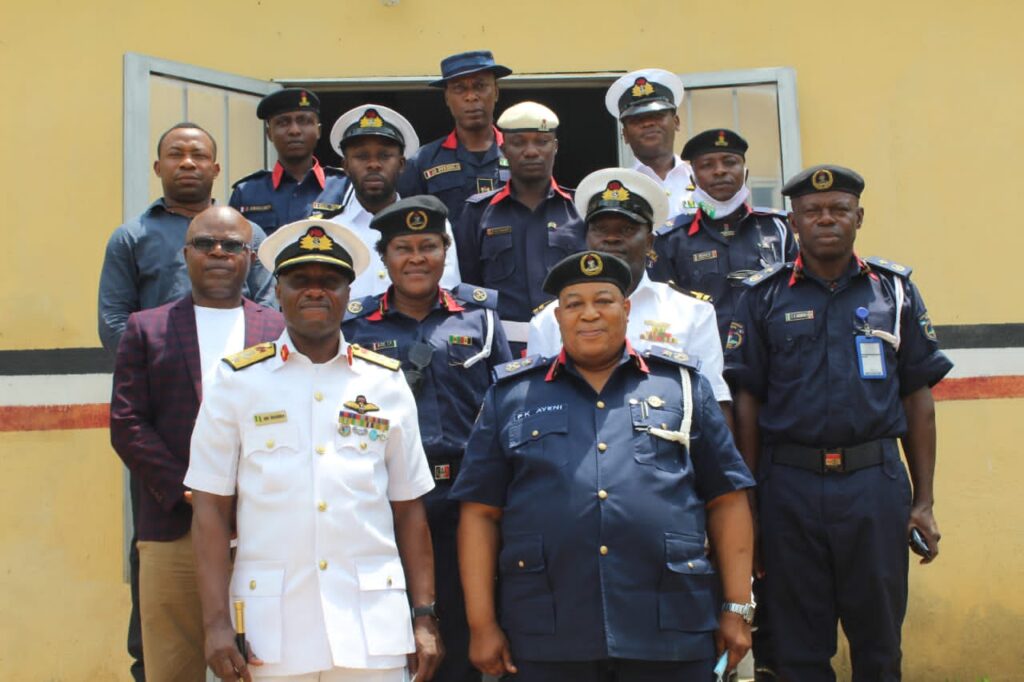 The Commander specifically emphasised, the need for collaboration and synergy between and amongst the security organisations, in the state, so that  they can collectively nip criminal activities and insecurity challenges in the bud, before they escalate or degenerate, into an uncontrollable situation.
He promised to support and assist the Command in fulfilling its statutory functions and mandates, through aerial survey and coverage of critical and significant points, such as pipelines and others, within the Corps’ mandate, in Lagos State.
He added that this will aid and speed up Intelligence and information gathering mechanism, of the Command.