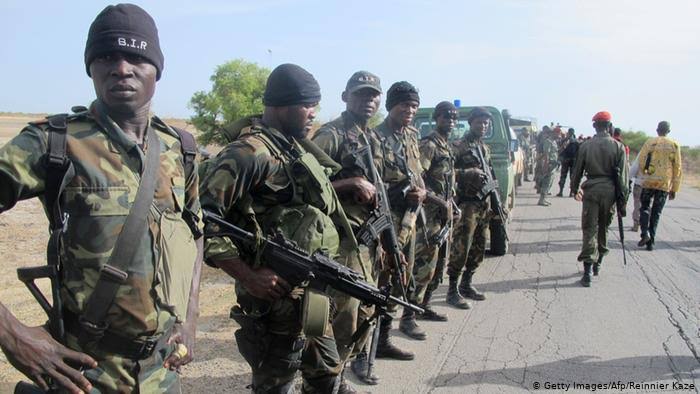 The gallantry of Nigerian troops fighting insurgency in the North East of the country moved up the ladder on Thursday as they heavily decimated the ranks of the Boko Haram elements even when their colleagues on reinforcement mission against the insurgents were involved in a fatal accident same Thursday.

The security personnel were reportedly on their way to rescue travellers who were attacked by Boko Haram terrorists along the Maiduguri-Damaturu road when the accident occurred.

It was gathered that the specific area is the Auno-Jakana axis, a route linking neighbouring states of Borno and Yobe, usually targeted by Boko Haram and ISWAP.

A viral video showed the troops speeding to ensure that they got to the scene of the attack before the terrorist fled.

Fortunately, no casualties were recorded but those injured were said to be responding to treatment at a military hospital.

However, this incident did not deter the Military as 73 Boko Haram and ISWAP terrorists were killed, and 44 Ak-47 rifles, 7 Anti- Aircraft Guns, and 7 gun trucks were recovered at the Auno checkpoint.

Also, those who were kidnapped by the terrorists regained their freedom