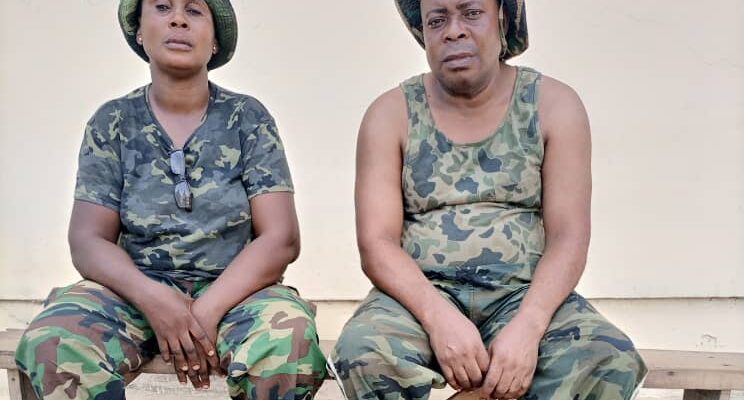 By Charles Nwabardi
A forty-eight year old woman; Jemilia Suleman, a native of Plateau State and her partner, Monagor Charles (61 years), of Ndokwa East Local Government Area,  Delta State  have been arrested by police in  Warri for impersonation.
Both of them were found wearing military uniforms and had lodged in Beji Court Hotel, Bendel Estate, Off Airport Road Effurun Warri. 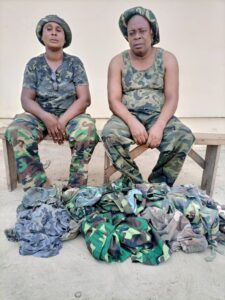 SECURITY REPORTERS.com gathered that based on Intelligence squealed to the police in the area, the Divisional Police Officer (DPO) Ogborikoko Division Chief Superintendent of Police CSP) Martha Ikong  led surveillance operatives in conjunction with military personnel to the hotel and arrested the suspects.
Speaking on the matter,  Delta State Police spokesman, DSP Bright Edafe, said items recovered from the partners in crime included 10 pairs of military camouflage uniforms, six T-shirts, jungle caps, one T-shirt and one singlet.
According to Edafe, the lady suspect confessed that she bought the said uniforms in the market and used  same to earn a living.
Investigation is however ongoing.