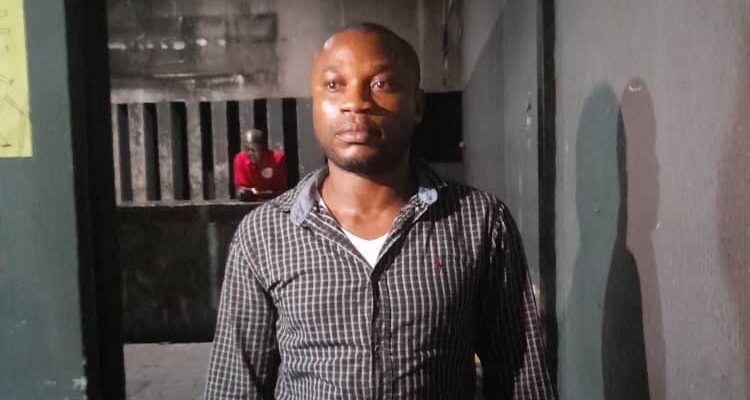 By Frank Oshanugor
Contrary to the story making rounds in the social media that Anthony Ikpeama who reportedly killed his wife Adaeze has bribed his way to freedom, Lagos police authorities have described the story as fake.
In a statement on Tuesday evening, Lagos State Police spokesman, CSP Olumuyiwa Adejobi said “gratefully be informed that the suspect, Anthony Ikpeama,  who was alleged of killing his wife on admission bed at Doyen Hospital Ajah, Lagos State has been transferred to the State Criminal Investigation Department, Panti, Yaba for proper investigation.”
“The suspect has not been released contrary to the rumour and falsehood making waves on the social media. It is a capital offense and the police will not grant him any administrative bail for whatever reason.”
The matter is on and we will do justice to the case as expected, he added