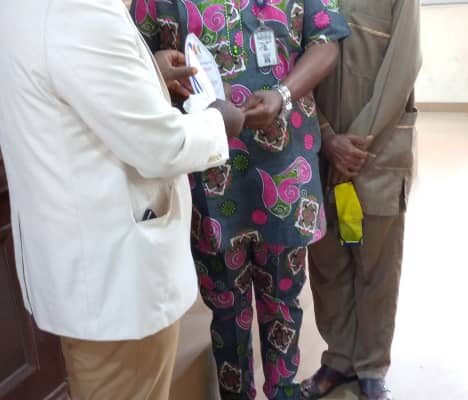 By Frank Oshanugor
The Lagos State Director of Public Prosecution (DPP) Mrs. Olayinka Adeyemi has reminded officers and men of the Nigeria Police Force of the need to respect the rights of persons as universally approved in the discharge of their official duties. 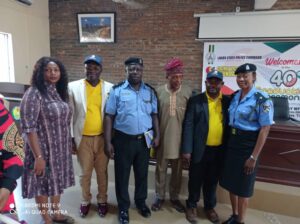 The DPP who was represented by Mrs. Aderiye Tolu at the 40th graduation ceremony of police human rights trainees at the State Criminal Investigation Department (SCID) Panti Lagos on Thursday noted that in spite of the constant training and exposure of police personnel to knowledge in human rights, many officers and men have continued to breach the rights of persons.
Worried by the spate of fundamental human rights abuse by security agents, the DPP appealed to police to put an end to brutality across the states of the federation.
Earlier in her welcome speech, the Executive Director of the Crime Victims Foundation of Nigeria (CRIVIFON), Barr. (Mrs) Gloria Egbuji who was represented by Barr. Chambang Aina said the human right training for the police has become imperative in the effort to align the activities of the Nigeria Police Force with the global best practices as human rights are at the core of any democratic society.
The CRIVIFON boss pointed out that the Foundation was the first Non Governmental Organization (NGO) in Nigeria to embark on human rights training for police personnel with the Lagos Command as a pilot scheme wherein over 20,000 officers and men have been trained since 2006 when the programme was initiated.
She noted that the Foundation did not derive any funding from police authorities but rather depended on the goodwill of human rights lawyers who regularly make out time to teach during the three-month batch of the course free of charge.
The Foundation has also helped  to establish human rights desks across the different divisions and area commands of the state.
Speaking at the occasion, the Chairman; Ikeja Branch of the Nigerian Bar Association (NBA) Mr. Bartholomew Aguegbodo encouraged the course participants to utilize the knowledge acquired during the three months training.
In the same vein, the Director, Directorate of Citizens Rights in Lagos; Mrs. Quadri Ganiat asked the police to always collaborate with her organization on issues of people’s right.
The Deputy Commissioner of Police in charge of SCID, Fayode Adegoke who was represented by his second in command,  in his good will message enjoined the course participants to bring the knowledge acquired during the training to bear on their policing activities.

As a way of appreciating those who over the years had helped in sustaining the human rights programme, CRIVIFON used the occasion of the graduation to recognize some persons.
Awards were subsequently presented on behalf of CRIVIFON  by the Acting National Coordinator Comrade Ikechukwu Ezegboka  to former Assistant Commissioner of Police (ACP) in charge of training, Victor Okon Otoyo, Retired Superintendent of Police, Williams Okpara, DCP (SCID) Fayode Adegoke and Superintendent of Police Sunday Ojo Abraham who is currently in charge of Admin at SCID.  The best graduating students were also given award.