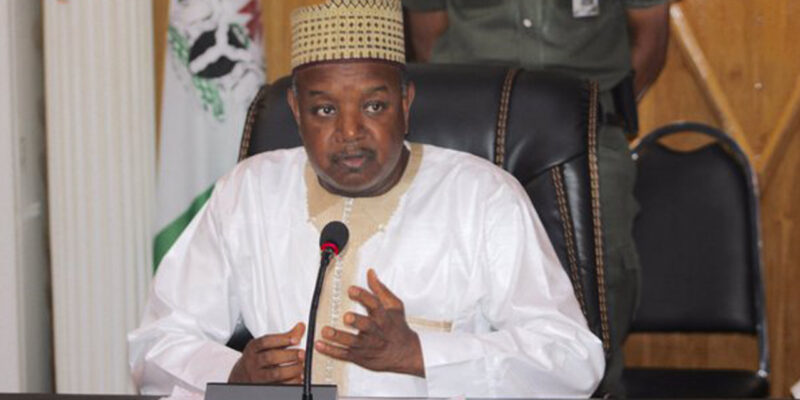 Governor Atiku Bagudu of Kebbi State has called on people, especially boat users and passengers to learn from previous experiences and desist from acts capable of endangering their lives.

In a statement issued by his Special Adviser on Media, Malam Yahaya Sarki,  in Birnin Kebbi on Saturday, Bagudu gave the warning following a boat mishap believed to have been overloaded with over 160 passengers where many lives were lost.

During a condolence visit to the Emir of Yauri, Dr Muhammad Zayyanu, on Friday following the unfortunate incident, the Governor declared that the state maritime laws would be reviewed.

Bagudu explained that the review was necessary in the face of recurring cases of boat mishaps, resulting in the loss of lives and properties of innocent passengers in the state.

“The governor was informed that 76 dead bodies have so far been recovered, following the boat mishap at Warrah on Wednesday.

“No fewer than 22 victims have also been rescued as at today,” the statement added.

It said that 59 of the recovered dead victims were from Warrah town, expressing hope that more of the victims would be rescued alive.

“The incident was unfortunate and saddening, yet, It was ordained by the Almighty Allah.

“The incident drew myriad of sympathies and condolences from across the globe, including President Muhammadu Buhari, Senate President, NASS members, governors, traditional, religious and political leaders, among others.

“The governor condoled with the families of the victims, as well as prayed for the repose of the souls of the departed victims, while he also prayed for the quick recovery of the injured victims.

“Bagudu called on people, especially boat users and passengers to learn from previous experiences and desist from acts capable of endangering their lives.

“In whatever we do, we must stick to rules, boat users should stick to specifications on the exact number of passengers to be carried by each boat.

“There should always be passengers manifest, even before boarding. The basic marine transport protocols should be observed.

“This is something we can do at least to guard against future occurrences.

“He urged people to accept the incident in good faith as it was from God and advised them not to be deterred from working hard to earn their legitimate livelihoods,” the statement read in part.

In his response, Zayyanu thanked the governor for his concern and called for urgent dredging of the river to prevent further occurrence

He recalled that in 2003 a similar boat accident was recorded in the area which claimed the lives of 50 passengers.

“What is needed, now according to the Emir as a safeguard against future occurrence, was dredging of the river, to do away with tree logs in the river.

“We hoped that the Hydro-Power Producing Areas Development Commission (HYPPADEC) will play significant role in that direction, as well as ensure the provision of safety jackets or life jackets to all passengers,” the traditional ruler urged.

The Special Adviser, State Emergency Management Agency (SEMA), Alhaji Sani Dododo, announced a donation of N11 million on behalf of the state government to the families of the deceased, those injured and those who partook in the search and rescue operation.