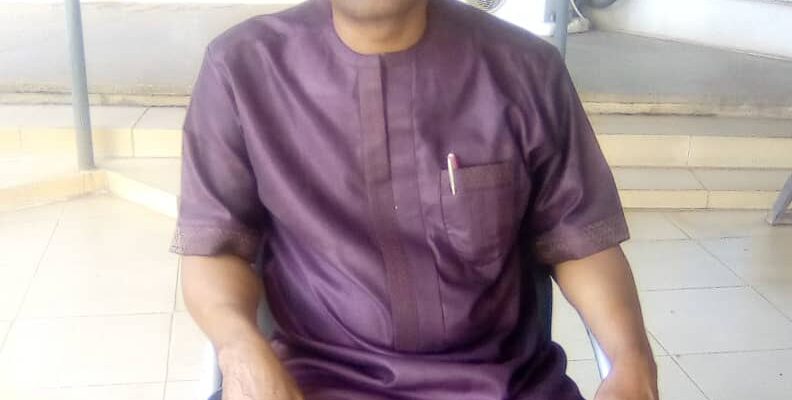 By Frank Oshanugor
At a time President Muhammadu Buhari is passing the buck of securing Nigeria’s federating states to governors, a lecturer at the Obafemi Awolowo University (OAU) Ile-Ife, Dr. Chijioke Uwasomba has described governors of the South East states as “irresponsible and cowardly” on issues of protecting the lives  and property of their citizens.
In an interview on Friday with SECURITY REPORTERS.com, the Associate Professor of English took a swipe on the attitude of the South East Governors whom he has advised to borrow some leaf from their Southwest colleagues on issue of regional security arrangement towards protecting their citizens.
In his words,”if you look at what is happening in the Southeast, citizens of the region do not have respect for the governors because the governors do not enjoy legitimacy. The governors are cowardly and looking up to Abuja for everything.”
Angered by the belief that the South East Governors do not seem to have a sense of history with respect to what precipitated the civil war between 1967 to 1970 during which many Igbos were killed, Uwasomba noted that the Governor’s had treated the issue of regional security network with levity.
“Remember, it took the governors some years to form Ebubeagu and from what I have read so far, Ebubeagu has not taken off in practical terms. I understand that the man who was in charge of the security outfit as requested by the Southeast Governors, one retired Major Umahi had tendered his resignation letter because since 2017 when he started the process, he said the Governors have not given him a dime as far as the outfit is concerned. I understand he resigned a few days ago.”
Continuing, Uwasomba said “the Southeast Governors are not sincere on the issue of security. One can imagine how many years it took them to make pronouncement about Ebubeagu. Some months ago, I listened to the Chairman of South East Governors, Dave Umahi of Ebonyi State who said they did not need Eastern  security arrangement.  We were surprised when he recanted himself months later and said they have formed Ebubeagu.”
“If the Southeast Governors have the political will and replicate what their counterparts in Southwest have done with Amotekun, their own outfit Ebubeagu will fly.  It is possible.”
“They have monthly allocation as security vote. What are they doing with it?  They ought to make some effort in devising a means to protect their citizens like General Theophilus Danjuma advised a few years ago since Federal Government under Buhari is incapable of securing the life of the citizens.”
The university don however, would not place all the blame about insecurity in the Southeast at the door steps of the Governors as he strongly believed that President Muhammadu Buhari who is the Commander-in-Chief of the armed forces has not been sincere over insecurity in the Southeast and Nigeria in general.
According to the English lecturer, “it shows hypocrisy on the part of Buhari for him to expect the Governors to provide adequate security for lives and property in their states when they do not have power to control the military and the police both of which report directly to the President and Commander-in-Chief of the armed forces.”
Citing an example of what happened sometime ago in one of the Southeast states, Uwasomba has this to say: “when the Igbo massacre took place in Enugu State not too long ago under this same Federal administration, the information we got was to the effect that the Governor of Enugu State had security information that there was a planned attack on the Igbos and the Governor wanted to reach out to government in Abuja.”
“We understood that the Enugu Governor was put on hold for two hours during which the attackers came and massacred the people and left without anybody going after them. The governor at the end was said to be crying like a baby because he suddenly realized he could not do anything.”
He argued that Buhari’s policies and activities are destroying Nigeria because his partisanship in favour of his ethnic group does not allow him to be neutral. “This is affecting his position, policies and utterances.”
“So for Governors to expect the President to protect them is a waste of time because his position is worsening the insecurity situation.”
Lamenting what he called the “unfair policing” in Southeast, Uwasomba said what is happening in Southeast is anarchy occasioned by unfair policing. To him, “policing system in Southeast is extremely unfair and when you have unfair policing system, it has the capacity of generating anarchy.  That is exactly what is happening there in present time.”
He emphasised that “apart from arming the people if you have a fair policing system, the crisis there will reduce. As far as the unfair policing system goes on, the crisis keeps escalating and it is not good for our survival.”