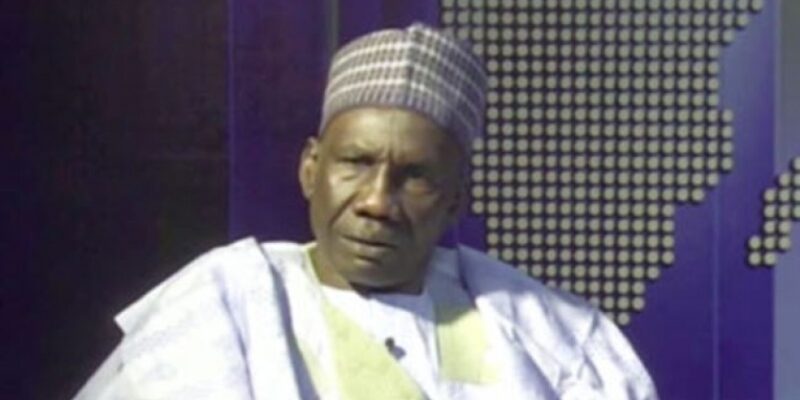 The Dean, Borno Elders Forum, Prof. Khalifa Dikwa, has stressed the need for technology to win the war against insecurity across the country

Speaking on a monitored program on Channels Television, ‘Politics Today’, Dikwa said: “Mr. President should be able to know what is happening to our satellite bay. Can our satellite give area imagery to our military? Can our Air Force use our own satellite without any intervention? If we do not have one, then we can go to any country to borrow space in satellite.

“Technology I mean, for our military, we should have Helicopters that can see at night and so on. They are not being given. They are sabotaging our army, police and so on.

But our security forces have performed in other places where technology worked.

“… Nigerians are being used today within and outside the country to drag the image of the country down. And every Nigerian must have the data for planning and any opportunity so that nobody would buy different SIM, adopt criminality to throw away the Subscriber Identity Module (SIM).

“Therefore if the communication ministry has not finished, they should be given enough security much more than before to finish the job that when they put Seun or Khalifa, everything about Khalifa is there”

Dikwa lamented: “When it started in Bornu State, people felt it was just Kanuri issue. Then, the people of Kaduna welcomed me to the media because it was something that has been waiting in the cooler for long. And the humiliation of our military at that time.

“If the money meant to purchase weapons were not used, bring them back and get the weapons anywhere else in the world. Don’t go and place the money somewhere for so long and people are dying.

“And the media is not helping matters, when the money is going to the eastern bloc, they speak up but they keep quiet when the money is in Europe or America as if we are under the purview of the European Union.

insisted that some people in government were sabotaging the nation’s security agencies.