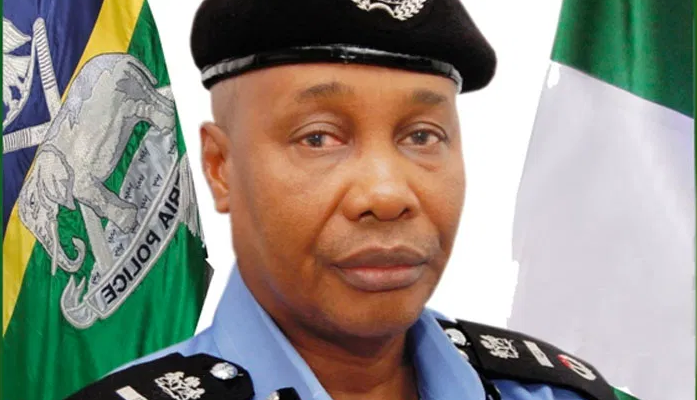 The recent announcement of Usman Alkali Baba by the federal government as Nigeria’s Inspector General of Police (IGP) in replacement of Mohammed Abubakar Adamu whose tenure had earlier expired but extended with about three months had come with much of a surprise as Adamu’s three months extension had not elapsed.

Circumstances that led to the unceremonious exit of Adamu could best be understood within the context of the deadly attack on Nigerian Correctional Service Center and Police Headquarters all in Owerri by unknown gunmen just two days before the removal was announced by the Minister of Police Affairs.

Without a sooth sayer’s intervention, any discerning mind would easily understand that the quick decision to remove Adamu even while he was in transit to Imo State to assess the extent of damage during the attack was after effect of the irresponsible manner the police high command had handled the intelligence squealed to them alerting about the imminent attack before it eventually took place.  However, this is a story for another day.

Back to the appointment of Baba as the new IGP in acting capacity, SECURITY REPORTERS. com notes the fact, that the appointment of any new Inspector General of Police has always come with great expectations from Nigerians with respect to securing the lives of the citizenry,  their properties, maintenance of law and order and keeping the internal peace of the country in collaboration with other sister agencies.

Regrettably, such expectations have always been cut short often times within the tenure of a serving IGP, but not necessarily due to the absolute incompetence of the very IGP in power but due to political manipulations.

These manipulations come in different forms and guises from the presidency and other higher echelons of government.

The truth remains that the Nigeria Police Force is not an independent or autonomous agency of government.  It is strictly under the control of the Presidency, and whether Nigerians accept it or not, no IGP would have the audacity to pursue his own security agenda different from what the Presidency wants within the context of what the administration regards as national interest.

For example, a particular IGP may be interested in the arrest of Boko Haram fighters who ordinarily are perceived to be enemies of state and liable to prosecution but   the Presidency may want to regard such captured Boko Haram fighters as repentant terrorists who deserve some amnesty within the context of what the Commander-in-Chief defines as national interest of his administration. This is a reality and remains one of the reasons the insurgency in the North has continued.

So, as the new IGP sets his own agenda as would be seen in the lower part of this EDITORIAL, we need to add, that the new sheriff in town, should try as much as possible to follow provisions of the law in his activities but whereby higher powers want to manipulate him, let him have the courage to say no or gracefully bow out of it in protest.

It has become a norm for any government at the Federal level to always use the police to achieve its self-serving political interest particularly during elections hence, many Nigerians have seen the need to advocate for the creation of State Police.

The  IGP should be mindful of this in terms of compliance to official directives/instructions and not pandering to the whims and caprices of those who would easily mislead him to breach the oath of office he has earlier sworn to.

Another suggestion is that the IGP should see himself first as IGP of Nigeria Police Force and not IGP of a section of the country or religious group in taking official decisions.

It is interesting that the IGP has come up with his own 12-point agenda among which is the immediate dismantling of roadblocks across the federation.

This is not a new development because several past IGPs had similarly done so, but nothing has changed.

Dismantling roadblocks to avoid corrupt practices on the road is good, but by way of providing a safer highway at this time of kidnapping, banditry on the roads, what better alternative is the IGP putting in place?

His other agenda include immediate withdrawal of officers attached to private citizens to open the space for private security companies to thrive.  Other points on the agenda are:

* Deduction of court awarded damages from the salary of any officer found to have abused human rights.

* Immediate recruitment of 1,500 lawyers with litigation experience to be attached to each police division/area command.  They are to give legal fervour to investigations, provide legal advice and serve as police prosecutors.

* Procurement and installation of video recording facilities in all Investigation rooms of the Force.

* Building of new laboratories in 36 States and the FCT to analyze DNA, finger prints, blood samples, body fluids and so on.

* Launching of Vehicle Procurement Scheme for police personnel in partnership with Innoson and PAN. Officers to get a new car and pay-off over ten/twenty years.

* Rapid rehabilitation and restructuring of Police Academies and curriculum

* Any interstate transfer of officers to be effected with provision of transport and accommodation allowance.

* Provision of two pairs of uniform and boots for all personnel, annually.

* Increased allocation paid directly to each police division to run its operations.

* Bi-monthly inspection and audit of Police cells, to be carried out in conjunction with representatives from the local NBA branch and the Bench.

With these lofty 12-point agenda, IGP Usman Alkali Baba is undoubtedly coming to town with a mind of his own and obviously set to carve a niche for himself.

SECURITY REPORTERS.com strongly endorses the agenda and pray for his success. However, like earlier pointed out, the IGP should be courageous enough to walk the talk and make a positive difference that would stand him out from his predecessors.

As man of the moment, he has the choice to make or mar his reputation as his actions and/or inactions when occasions demand would be the yardstick by which he would be judged.