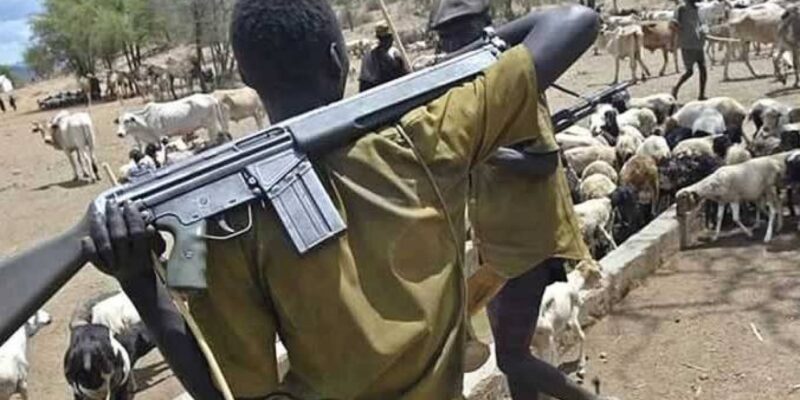 By Nkasi Kolie
A 56-year-old farmer in Ibarapa area of Oyo State, Muftau Babarinde, has been hacked to death by yet-to-be identified persons, suspected to be Fulani herdsmen.
Sources said the deceased’s life was terminated at Orita Merin, Konko village, Tapa, in the Ibarapa North Local Government Area of the state, around 8p.m on Wednesday.
Babarinde,had gone to his farm, to give his labourers food and was returning home when the hoodlums waylaid him and hacked him to death.
The convener of Igangan Development Advocates, Mr. Oladiran Oladokun, alleged that the deceased’s farmer was killed by suspected herdsmen and the killing had thrown the communities in the area into panic.
However, some of the residents of the area said they could not say what was responsible for the killing of the farmer, who they said was very popular in the area.
The Police Public Relations Officer in the state, Mr. Adewale Osifeso, who confirmed the farmer’s death, said investigation would reveal the identities of the people that perpetrated the dastardly act.