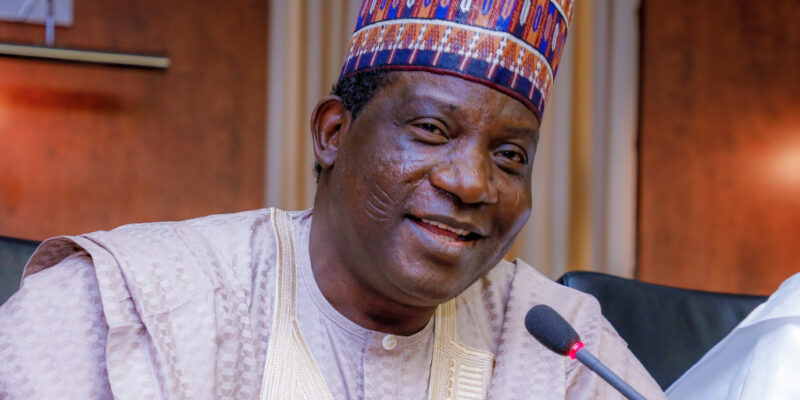 Gov. Simon Lalong of Plateau at the opening mass for the 2022 General Assembly of the Catholic Archdiocese of Jos on Tuesday in Jos, said that he has apologised to the Catholic Bishops over his recent comment on the Holy father, Pope Francis with the hope that his apology was granted and forgiven.

Recall that only recently, Lalong said that the Pope endorsed his appointment as the Director General of the presidential campaign of the All Progressives Congress (APC) a comment which didn’t go down well with majority of Catholics and Christians alike.

Lalong, who seized the opportunity as Special Guest of Honour, at the event, said that his comment was misconstrued to be disrespect to the Pope.

The governor, who said he was human and could make mistakes, sought for forgiveness from Catholics all over the world over the comment.

”I have apologised, I hope my apology is granted and I’m forgiven.

”I feel very fine now and as we go forward I will be more careful.

”Anytime I make mistakes, I don’t feel ashamed to seek for forgiveness and this is why in the Catholic Church we go to the priests for confession every Saturday.

”I’m not perfect and I will not be afraid of making mistakes,” he said.

Lalong, however, thanked the Catholic Church for playing key role in achieving relative peace being enjoyed in the state, urging the church not to relent in supporting government’s policies and programmes.

He urged politicians to unite and work toward the progress and development of the state, insisting that such unity was needed for growth of the state.

”May I appeal to my colleagues, my brothers and sisters in politics, to take a cue from the example displayed by the Catholic Church by closing ranks and seeing ourselves as God’s workers.

”That way, we can see Plateau and Nigeria as God’s field and building where we can all play our roles in fulfilling His purpose.

”Speaking for myself, I can say that my roots as a Catholic have shaped my thinking in this regard and enabled me to see governance as a duty to serve the people irrespective of their differences and affiliations.

“Love, justice, fairness and equity are my principal considerations at all times when decisions need to be taken, particularly difficult ones,”Lalong said.

Responding, Archbishop Matthew Audu of the Archdiocese, told the governor that his apology has been accepted.

Audu said that the church encouraged its members to go into politics to make difference and stand for truth, justice and fairness at all times.

“Since our President has accepted your apology, so goes with all of us Bishops, but let this be a sincere apology and not that you are buying time.

“Yes, we encourage Catholics to go into politics to a make difference, but where you cannot make a difference, learn to say no.

“As a leader, learn to consult widely before taking any critical decision,” he said.

On the APC Muslim-Muslim presidential ticket, the archbishop advised politicians to desist from actions that would further tear the country apart.

Audu advised Nigerians, particularly Catholics to desist from making unpalatable statements against the governor and urged them to pray for him at all times.