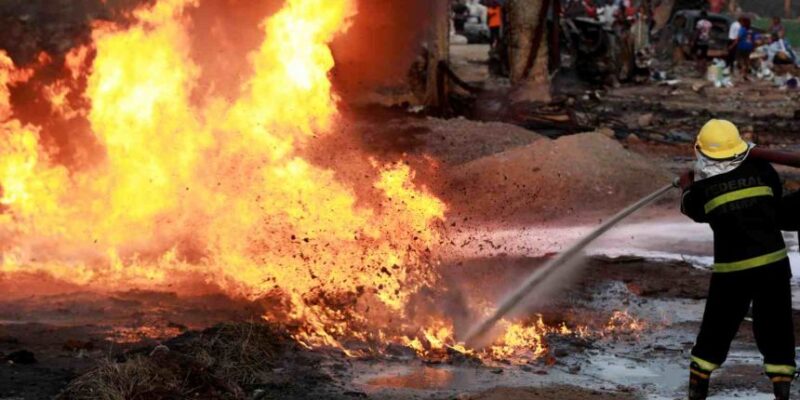 Civil Society Organisation and human rights group, Concerned Nigerians, Saturday, called on President Muhammadu Buhari, to launch an inquest into the cause of the crash that claimed the lives of some of our finest officers by employing the services of independent air accident experts.

In a statement signed by the Convener, CN, Comrade Deji Adeyanju, the call became necessary following the way and manner the Air Force plane crashed close to landing at the Kaduna Airport, and the investigation should be done thoroughly by air accident experts and report made public to Nigerians.

The statement reads in part, “Our heartfelt condolences are with the families of the Chief of Army Staff, the Air Force crew, and other generals who lost their lives in the ill-fated crash that occurred in Kaduna International Airport.

“We call on the President to launch an inquest into the cause of the crash that claimed the lives of some of our finest officers by employing the services of independent air accident experts.

“It cannot be a coincidence that three Nigerian Air Force jets have crashed in a space of three months. Something is fundamentally wrong somewhere and the onus is on the President to uncover these mysterious crashes.

Adeyanju alleged: “We are worried that the security agencies may have been compromised.

“We have always condemned the idea of granting former Boko Haram fighters amnesty and the dire consequences of enlisting them into the army and other security forces.

“The cabinet of the President and our security agencies are filled with terrorist sympathizers. Unless the President rids his administration of these unscrupulous elements that have infiltrated his cabinet, the war against insurgency will continue to be a mirage.

“Moreover, we are calling on the president and his Vice to suspend every traveling activity by air pending the outcome of a comprehensive report on the numerous Air Force plane crashes by the Independent Air Accident experts earlier recommended.”

He also prayed Almighty God to grant all the victims of the crash and gallant officers who lost their lives fighting for Nigeria eternal repose.

The late Chief of Army Staff, Ibrahim Attahiru, died in a fatal plane crash on Friday in Kaduna along with 10 other military officers, just 115 days after his appointment.

In a related development, Ebonyi Governor Umahi has called for probe into the army chief’s plane crash

Umahi in a statement on Saturday by his media aide, Nwaze Francis sympathized with President Muhammadu Buhari, the Nigerian Army, families of the departed and all Nigerians on the unfortunate death of the Chief of Army Staff and other military officers.

Describing the incident as a national calamity,Umahi called on the Federal Government to institute an investigation into the remote and immediate cause of the crash

“We are saddened by the unhealthy news of the air crash leading to the death of Nigeria’s Chief of Army Staff and other crew members onboard on Friday.

“The development is not only shocking but also a national disaster of monumental and colossal loss. While we urge the Federal Government to immediately commence investigation into the matter, we pray God to grant the departed rest in his bosom.”

Also in the same vein, minority caucus in the house of representatives has demanded a “system-wide investigation” into the military aircraft crashes in the country.

Ndudi Elumelu, minority leader of the lower chamber, in a statement issued on Saturday, expressed concern over the incident, and condoled with the family members of the victims.

“The minority caucus is grief-stricken by this huge tragedy which has befallen our dear nation and we demand a full scale investigation into the unfortunate incident,” he said.

“Gen. Attahiru and the other officers were very courageous and patriotic soldiers, who gave all in the defence of our dear fatherland.

“Our caucus calls for a system-wide investigation into the cause of the crash, as well as the last two crashes of our military planes which also led to the loss of lives of our gallant and promising officers.

“As representatives of the people, we stand with the Army, the entire military as well as the families of the Chief of Army Staff and other gallant officers and men who have paid the supreme price in service to secure our nation.”

The minority caucus also urged the federal government to put urgent measures in place to ensure the safety of military officers.