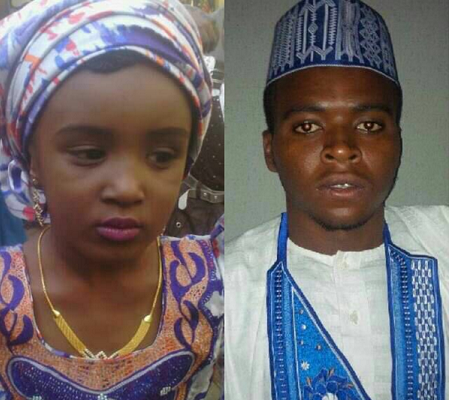 Kano State government has been called upon to as a matter of urgency, domesticate the child protection law in the state.

Making the plea, a group, Bridge Connect Africa Initiative, BCAI stressed that the continuous delay in passage of the bill into law puts more young girls and children in the state under risk of violence such as forceful child marriage, sexual exploitation among others.

The Group’s Executive Director, Sani Muhammad stated this while addressing newsmen, cited instances with incidences of violence against children recorded in the state such as kidnap and killing of 5-year-old, Hanifa Abubakar by her proprietor, another 16-year-old girl, Sadiya

Usman who committed suicide over forced marriage and another 6-year-old girl, ganged raped in Kurna area of the state.

Muhammad maintained that immediate passage and implementation of the bill will guarantee protection for vulnerable children in the state.

According to him, “Every day our policy makers delay in passing the Child Protection Bill, it puts more young girls and children at risk of such occurrences due to harmful practices and sexual exploitation in the state.

“We have heard many cases of such child exploitation, abuse, and even murder as a result of Child, Early and Forced Marriage (CEFM), street begging, etc. which happen almost every day, and which survivors cannot access justice because of the lack of strong legal frameworks supporting child protection in the state.

“Bridge Connect Africa Initiative (BCAI) expresses its displeasure on the delay in the passage of the Child Protection Bill (CPB) in Kano State.

“As an organization, BCAI is passionate about child rights and the child protection bill. Children are innocent, trusting, and full of hope. Their childhood should be joyful and loving. Their lives should mature gradually, as they gain new experiences. Childhood can and must be preserved, and that is what the Kano State Child Protection bill seeks to preserve. Children have the right to survive, develop, be protected, and participate in decisions that impact their lives. The Kano State Child Protection Bill is an important bill, if passed into law, will benefit all children in Kano State.

“The bill states that “no person shall have sexual intercourse with a child”, this means sexually exploiting children in any way is a criminal offence punishable with life imprisonment under the law of the Kano state government and child sex offenders will no longer get away with their actions once the Child Protection Bill is passed. While the Child Protection Bill criminalizes sexual abuse against children, it will also provide protection for children, and justice for victims and will serve as a deterrent to intending offenders. This bill also protects girl children from Child, Early, and Forced Marriages (CEFM), a practice that has serious m

economic, social, and psychological consequences on the life of girl children.

“This bill criminalizes child sexual exploitation, and it attracts a punishment of minimum of 14 years imprisonment. This means that there will be a reduction in sexual exploitation of children in the state if the Child Protection Bill is passed into law and properly implemented, and it also means that Kano children will enjoy leaving in a saner environment without fear.

“This bill also provides shelter, community homes, and a child justice administration that will oversee the implementation of the bill if passed into law. This will provide robust legal mechanisms to convict and prosecute perpetrators of violence against children, and provide social support to children who have become victims of sexual and gender-based violence, human trafficking, and exposed to petty crimes.

“While we call on the Kano State Government to pass the Child Protection Bill, we also want to commend the efforts of key government officials, especially the Kano State Attorney General for his unrelenting support in ensuring an Executive transmission of the bill to the State House of Assembly by the Executive Governor,” Sani however stated.