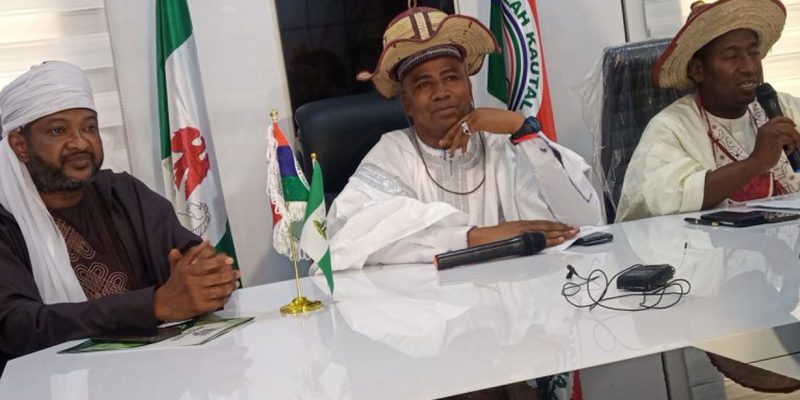 The Benue state government has been called upon to drag Miyetti Allah group to the International Criminal Court, ICC, at The Hague over the mindless killings and plundering of communities in the state.

A group, Campaign for Equal Rights and Opportunities for all Nigerians, CERON, also asked the state government to initiate moves to seek reparation for the people of the state from the Federal Government given the magnitude of destruction in the communities and the failure of the Federal Government to live up to its constitutional responsibilities to secure the lives and properties of the people of the state.

The Secretary of CERON, Mr. Francis Odiir noted that the herdsmen induced killings and destruction in Benue state was overwhelming and beyond imagine, stressing that it might take the state over 50 years to overcome the impact of the devastation.

CERON in Makurdi in commemoration of the 2022 World Humanitarian Day, said the state government must take steps to seek justice for the traumatized people of the state “and that will start by dragging Miyetti Allah and all the Fulani socio-cultural groups who came out publicly to justify the invasion and killings in the state before the ICC at The Hague.

“The state government must also formally demand for reparation for the devastated people of Benue state who have suffered mindless attacks and killings in the last seven years without appropriate response from the Federal Government which is constitutionally vested with the responsibility to safeguard the lives and properties of the people.

“It is unfortunate that the conspiracy of silence over the activities of armed herders in Benue state has left the state in shambles as the farming activities which is the mainstay of the state’s economy can no longer take place because the rural farmers have become permanent residents in displaced persons camps.

“Regrettably, the farmers and the state government have been abandoned to their fate while all the attention of the Federal Government is focused on the North East as if Benue with over two million IDPs is not part of Nigeria.