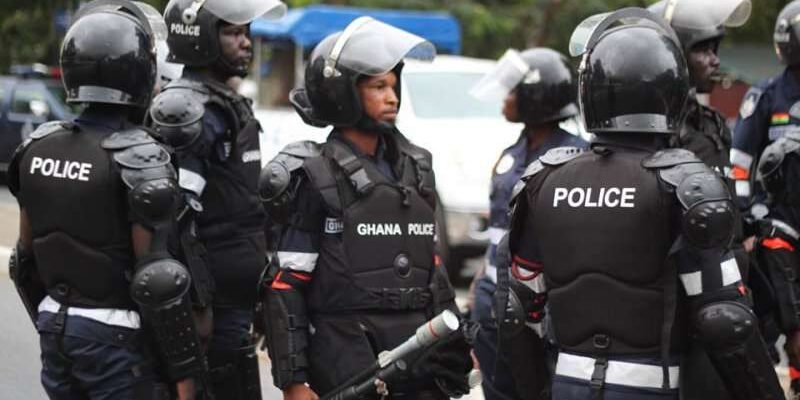 After successfully arriving Ghana on a boat through the dangerous waters of the River Volta in Ada, not less than nine suspected Nigerian jailbreakers met their waterloo in a Ghanaian motor park on Sunday.

Police in the Greater Accra Region have arrested nine people suspected to be part of the 1,884 inmates that escaped in a jailbreak in Owerri, the Imo State capital on April Monday 5th April.

The arrested inmates, include a female who attempted to enter Ghana through the River Volta in Ada.

Items found on them at the point of arrest were personal effects, passports, ID cards and both Nigeria and Ghana currencies, among others.

According to the police chief, at about 9:30 a.m. on Sunday, police had information that some foreigners were ferried across the River Volta into Ada Foah and were preparing to travel through public transport to Accra when they were arrested.

He explained that the police, armed with such information, quickly moved to the area, Clinic Junction Lorry Station and accosted the suspects onboard a Sprinter commercial bus with registration number ER 1657-14.

He stated that the suspects had been handed over to the Ghana Immigration Service office in Tema for further action.

However, Mercy Budu, Public Relations Officer (PRO) of the Ghana Immigration Service told Ghanaweb that the suspects had been transferred from Tema to the Headquarters in Accra.

Recall, that unidentified gunmen in large number stormed the Owerri Correctional Home with grenades, machine guns and other sophisticated weapons and set the inmates free.

The assailants also wrecked havoc in police formations in the area.

About three dozens of the inmates either refused to escape or later returned to the home.

The Prison authorities said on Monday that over a hundred on the inmates have returned to the facility.