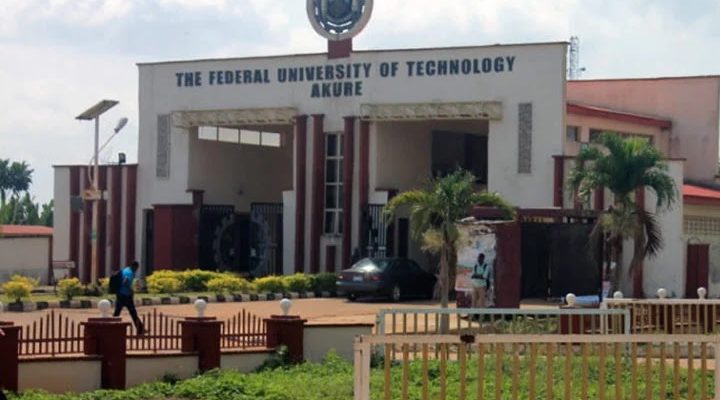 The lady in alleged to be involved in a rumoured case of sexual assault involving a 500-level female student of the Federal University of Technology, Akure, Ondo State, and an executive member of the South-West zone of the National Association of Nigerian Students, Awoyinfa Opeoluwa, who is the Public Relations Officer of the zone, has said there was no rape involved as being peddled around on social media.

The lady on Wednesday however, noted that she only had issues with Awoyinfa, who was her boyfriend and she wanted the issue to be resolved.

Recall, a Twitter user, @SamzyVG, had posted on Tuesday that Awonyinfa was being accused of rape, adding that the victim was allegedly paid N300,000 as compensation before the suspect was bailed.

The tweep posted, “RAPE: An alumnus of the Federal University of Technology Akure identified as Awoyinfa Opeoluwa, who is also a NANS executive has been accused of drugging, raping and blackmailing a 500L female student from the Department of Animal, Production & Health.

“The Victim proceeded to arrest the accused and had the suspect detained at Wesco Police Station, FUTA, North Gate, Akure. Reportedly, the victim demanded compensation of N10,000,000 as damages, out of the court premises, to settle the case.

“Reportedly, she was paid a sum of N300,000 compensation while the suspect was granted bail and allowed to go home.”

Debunking this, the lady in question said, “I had issues with my boyfriend and we broke up.” She noted that this was earlier this month.

Continuing, she said, “the reason was due to some misunderstanding. I came to report him to the police because of some issues that were going on, I wanted it to end. I reported him after we broke up.”

Speaking on sexual assault, she said there was nothing of such and wondered where the news was coming from.

“Rape? I was very surprised to hear rape online, I don’t even have anything like rape in my statement (at the police station). How is rape coming up?” She queried.

“It was the rumour of rape that brought me back to the station.

“I have tried to make my story go out online too that there was no rape.”

Speaking on receiving any money as damages or compensation, she said, “Damages? Do you want me to screenshot my account balance? I don’t know who and who is cooking up that story.”

There was no money involved, the

Meanwhile, in a statement on Wednesday, the South-West leadership of NANS (Zone D), said it had suspended Awoyinfa with immediate effect pending the determination of the allegation against him.

The statement, signed by the Coordinator, Adegboye Emmanuel, read partly, “The attention of the leadership of NANS Zone D (South-West) has been drawn to a disturbing news trending on social media involving one FUTA 500L student who was said to have been drugged, raped and subsequently filmed for blackmailing purpose.

“As an ideological zone with a sincere love for Nigerian students at heart, the zone hereby suspends Awoyinfa Opeoluwa with immediate effect pending the determination of the allegation against him. The zone has immediately set up a committee to holistically review the allegations of rape and blackmail against the said individual, and get back to the zone with a comprehensive and unbiased report within the next five working days.”

The student body said it frowned at rape and other social vices. It stated further that it had set up a five-man committee to investigate the allegation, among the committee is the FUTA Students’ Union Government President, Ibiyemi Abiodun.

Efforts to get the reaction of the Ondo State Police Command Public Relations Officer proved abortive as calls and text messages sent by our correspondent on Wednesday had yet to be responded to.

Meanwhile, a source within the police in the state confided in our correspondent that there was no rape involved in the case.

He said, “She reported the matter to protect herself and the case from going viral. There was no rape.”