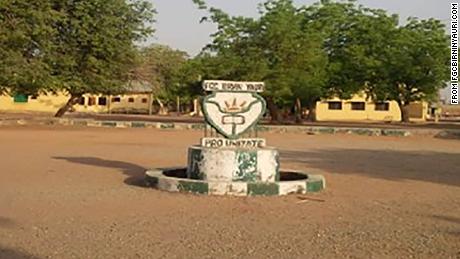 Three children have died following a school kidnapping of 94 students and eight staff in northwest Nigeria this week, the establishment’s principal said on Sunday.

The kidnapping for ransom is the latest in a series of such incidents in northern Nigeria, with a sharp rise in abductions since late 2020 as the government struggles to maintain law and order amid a flagging economy.

The two girls and a boy were found dead, two with gunshot wounds in their legs, said Mustapha Yusuf, principal of the federal government college in the remote town of Birnin Yauri in northwest Nigeria’s Kebbi state.

Nine abductees escaped or had been rescued but the kidnappers held the rest, with security forces wary of staging a rescue attempt for fear of harming the children, Yusuf said.

The kidnappers “have been taking cover under the students … They are in the bush,” he said, adding that bandits had used students’ phones to call parents and demand a 60 million naira ($146,341) ransom.

Meanwhile, a major rescue operation is ongoing for the kidnapped students and teachers of the Federal Government College, Birnin Yauri, Kebbi State.

Top security sources told newsmen that some of the students had been rescued by troops. The remaining abducted students, the source said, had been split into five groups by the bandits, who had now been surrounded by troops.

The troops have however not stormed the locations so that the girls will not be caught in the crossfire or killed by the bandits.

“They have been surrounded by troops but they are negotiating so that the girls would not be killed,” the source said.

About 15 people recently kidnapped by bandits in Tegina town of Niger state at the weekend escaped from their Abductors.